Buddy the Wolverine, Lost and Found

Now approaching a wolverine’s maximum life expectancy, this could be his last winter. 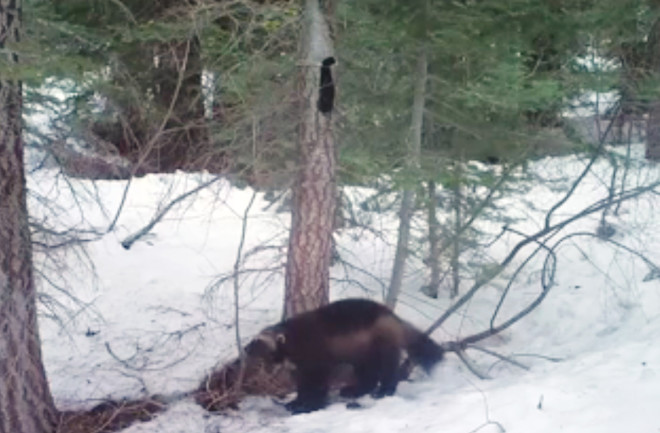 Eight years ago, a young male wolverine from Idaho surprisingly showed up near Truckee in California’s Sierra Nevada range. Wolverines had been absent there for 80 years. Discover profiled the animal in March 2014, in the article “Where’s Buddy?”

“Buddy” was the nickname given by wildlife biologist Amanda Shufelberger, who works for Sierra Pacific Industries, a lumber company. Young wolverines migrate to empty territories to find mates and start new populations. Buddy set up shop on a snowy mountaintop owned by the timber company.

It turned into an odd kind of love triangle. Each winter, Shufelberger kept tabs on Buddy with motion-sensitive trail cameras, which she set near trees baited with raw chicken. She never saw him during the summer or, for that matter, in the flesh. Also, she never recorded a female wolverine.

The media ran stories about “the lonely wolverine.” People felt sorry for Buddy. He grew middle-aged, then old.

Each winter, when she’d bait her cameras, Shufelberger feared she might not see Buddy again. After all, why would he stick around? Besides, as a predator living near humans, he risked being injured, poisoned, trapped or shot.

She spotted him as usual in February 2015. Then a whole year passed. Last March, to Shufelberger’s relief, her camera caught him once again as he snuffled about his “magic chicken tree.” Buddy was now approaching 10 years old, an age most wolverines never reach.

“I hope there’s a female,” Shufelberger says. “Is she just shy and not coming on camera?” Most likely there isn’t a hidden female. “We’re getting to the point where I won’t expect to see him next winter,” she says.

[This article originally appeared in print as "Buddy Lost and Found."]