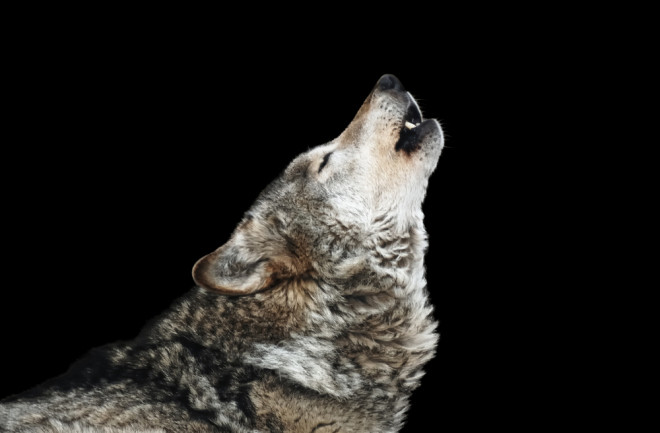 (Credit: Shutterstock) Some 4,000 years ago in the Russian steppe, the relationship between man and dog was, you could say, complicated. It seems in that time and place, as a rite of passage into manhood, teenage boys were sent to a ritual site to “transform” into dogs by eating their flesh. This is the new interpretation, presented in an upcoming paper in the Journal of Anthropological Archaeology, of roasted and chopped bones from at least 64 dogs and wolves, found at the Bronze Age site of Krasnosamarskoe (Kras-no-sa-MAR-sko-yeh), north of the Caspian Sea in the Russian steppe. Initiation rites, in which boys lived in the wild, acting like wolves and dogs, are described in ancient texts of Greek, Latin, Germanic, Celtic, Iranian, and Vedic Sanskrit—all Indo-European cultures that descended from the same ancestral group. Dog- and wolf-themed initiations were “very widespread in Indo-European mythology,” says archaeologist David Anthony, who coauthored the study with Dorcas Brown, both of Hartwick College, New York. “This seems to be the first site where we have concrete evidence for the actual existence of this kind of practice.” Moreover, finding a common Indo-European ritual of this age, in this region, adds support to a debated hypothesis: that Indo-European peoples originated on the Pontic-Caspian steppe and spread across Eurasia, aided by their invention of horse-drawn, wheeled vehicles.

Chopped Up Canids The small settlement of Krasnosamarskoe held a cemetery and two or three buildings, inhabited 3,700-3,900 years ago by people of the Srubnaya culture, sedentary pastoralists of the steppe. Although Srubnaya people left no written records, some say they spoke an Indo-European language based on cultural and genetic similarities with other Indo-European groups. Archaeologists from the U.S. and Russia excavated the site between 1995-2001, to investigate if, in addition to herding, the Srubnaya were also farming, as is the case with most sedentary people. “We found no evidence for agriculture whatsoever,” says Anthony.

A dog skull with the common chopping patterns outlined. (Credit: David W. Anthony, Dorcas R. Brown) What they did find was chopped dogs and wolves—a lot of them. Dozens of dogs and at least seven wolves comprised 40 percent of the animal bones at Krasnosamarskoe. Other Srubnaya sites had less than 3 percent canid. “It was a surprise. It was anomalous,” says Anthony. He recalls thinking, “uh oh what does this mean?” Butchered dogs are relatively rare from archaeological sites worldwide, according to Lidar Sapir-Hen, an animal bone specialist at Tel Aviv University, Israel, who was not involved in the study. “If they are found they are usually buried complete…eating them is not a common practice,” says Sapir-Hen. At Krasnosamarskoe, the dogs and wolves had been roasted, fileted and chopped into bit-sized, 1- to 3-inch pieces. Over the span of about two generations, the canids were killed predominately in winter, based on microscopic analysis of growth lines in their teeth formed annually during warm and cold seasons. Most of the dogs were old, between six and 12 years, and well treated in life; their bones showed few signs of trauma before they were sacrificed. According to Anthony, “They were familiar pets.” Cows, sheep and other animals at the site did not show these patterns. They were killed year-round, sometimes at young ages, and butchered less intensively. While other animals were chopped into eight to 23 pieces, the average dog ended up in 54 parts. “Particularly the dog heads were chopped in a very standardized way with an axe, like somebody who has practiced and done it many times,” adds Anthony. And over 70 percent of the dogs subjected to DNA analysis proved to be male, hinting the canids were involved in male initiation rites. A Ritual Settlement The dog remains caused archaeologists to reevaluate other unusual features of the site. For example, although the researchers did not find agricultural plants, they did identify wild ones with medicinal properties, such as Seseli, a sedative possibly given to animals or humans during the rituals. With 27 graves, the site’s cemetery contained mostly children and only 4 complete adults — two males and two females. The adult men had unusual skeletal injuries caused by twisting to their knees, ankles, and lower backs.

One of the bone scatters under excavation. (Credit: David W. Anthony, Dorcas R. Brown) Anthony thinks the adults represent two generations — two couples — of ritual specialists who lived at the site. And the injuries: “This is just speculative… but it might be related to shamanic dancing,” he says. Based on the archaeological finds, researchers concluded that Krasnosamarskoe was a place where males went episodically, over many years, to eat dogs and wolves during rituals overseen by the site’s residents. But to understand the meaning of those rituals, Anthony and Brown reviewed the myths of many ancient and modern cultures. “We start looking for explanations for a male-centered rite of passage in which they’re being symbolically transformed into dogs and wolves,” says Anthony. There turned out to be plenty of examples in ancient Indo-European texts. These widespread sources discussed groups of adolescent boys, usually from elite families, who would spend a few years behaving like dogs or wolves in order to be initiated as warrior men. During this period, the teens were permitted to “behave obnoxiously in many ways,” explains Michael Witzel, a scholar of Sanskrit and ancient mythology at Harvard University. “Use words they shouldn’t use…Take away cattle from their neighbors.” The boys could raid, steal and have their way with women. They were landless, with no possessions aside from weapons. And they symbolically became dogs or wolves by assuming canid names, wearing skins and sometimes eating the animals. Anthony and Brown propose that Krasnosamarskoe was the place where Srubnaya boys went to become dogs, to become men. According to Witzel, “their evidence fits quite nicely,” with the ancient texts. Regarding the dog remains, archaeologist Paula Wapnish-Hesse, says, they “present a pretty good range of arguments that are traditionally used for identifying ritual in animal bone collections.” An expert in ancient texts and animal bones, Wapnish-Hesse has analyzed the largest known dog cemetery, comprising more than 1,000 skeletons of mostly puppies, buried some 2,500 years ago at the site of Ashkelon, Israel. Their attempt to extrapolate myths to a culture without written texts, is “a very ambitious bite,” she adds. “They’re going out on a limb and it’s good.” However, some scholars disagree with the views that the Srubnaya culture belonged to Indo-European traditions, and that Indo-Europeans originated in the steppe. The main alternative hypothesis is that these cultures descend from early farmers of Anatolia, in present-day Turkey. To this objection, Anthony and Brown respond, in the article, that Indo-European languages were spoken across much of Bronze Age Eurasia in this period and “therefore are ‘on the table’ as possible sources of information.”