It's late at night and although I want to finish this post, I'm pretty shattered. At the moment, I sorely need to boost my concentration and attentiveness and stave off the effects of fatigue. In lieu of actually getting some sleep, the ability to pop a little pill that will have the same effect sounds pretty enticing. Unfortunately (or perhaps luckily), the closest thing I have available is some coffee in the kitchen. 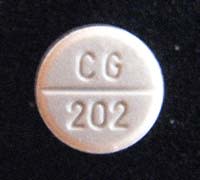 But for many people, taking a pill to sharpen your mental faculties - a so-called "cognitive enhancer" - is a much easier deal. A large number of prescription drugs can indeed give you a little mental boost, including amphetamine and methylphenidate (more familiarly known by its brand name Ritalin). Both the use and the range of such drugs are on the rise and they seem capable of stimulating debate just as readily as they do the brain.

They have their medical uses; as Ritalin, methylphenidate is used to treat attention deficit hyperactivity disorder (ADHD) and, less commonly, narcolepsy. Even this is not without controversy, but the fact that they seem to have the same enhancing effects in healthy people opens up the potential for recreational use, and that is far more divisive.

Last year, Nature published a commentary which looked into the ethics of such drugs and sparked off a heated debate in a Nature Network forum and amongfellowbloggers. More recently, the magazine released the results of an informal survey of over 1,400 readers, which showed that about 20% admitted to using cognitive enhancers for non-medical reasons and a far higher proportion approved of such use.

The ethical issues at stake are incredibly broad, but one specific problem is that cognitive enhancers represent a case of technology outpacing science. Common though these drugs are, we still don't fully understand how some of them work. Take methylphenidate, for example. At a basic level, we know that it interferes with protein pumps that import two signalling molecules - dopamine and norepinephrine - into neurons and as a result, these molecules build up in the spaces between neurons, the synapses. But why should such a build-up improve a person's performance?

Nora Volkow, Director of the National Institute on Drug Abuse, thinks she has the answer. By studying the metabolic activity of brains dosed up with methylphenidate, she has found evidence that the drug works by focusing the brain's activity and making it more efficient. And crucially, the benefits (and costs) you reap from that may depend on how focused your brain already is. 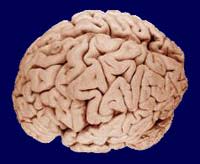 As our brains engage in any mental task, sets of neurons start to fire but this extra activity takes place among a lot of background neural noise, like a person shouting in a crowded bar. Earlier studies have suggested that dopamine and norepinephrine lower the levels of background buzz so that any extra activity directly related to the task at hand stands out. In our metaphor, the chemicals silence the noisy bar. In engineering language, they increase the brain's 'signal-to-noise ratio'.

To test this idea, Volkow used a PET-scanner to measure the amount of glucose (sugar) used by the brains of 23 volunteers as they did some mathematical calculations. The volunteers were injected with either methylphenidate or a placebo and asked to solve simple arithmetical problems, whose difficulty had been tailored to their individual abilities. As a control, they were asked to look at, but not respond to, images of scenery.

When faced with the pretty pictures, the volunteers brains behaved in the same way regardless of what they were injected with. It was only when they had to do the more complex mental task that the effects of methylphenidate were revealed. The brains of both groups burned up more glucose but while those that had been shot up with placebo used up 21% extra sugar, those that were drugged with methylphenidate only needed half as much - an extra 11%.

These figures suggest that the drug is indeed focusing the brain's activity and dramatically reducing its energy demands. The PET-scans say the same thing, for when the placebo volunteers did their sums, the area of extra activity in their brains was three times greater than the same area in the drugged volunteers. With this cerebral focusing, a brain on methylphenidate becomes more efficient than a normal one.

Methylphenidate not only reduced the total brain activity in the calculating subjects, it also reduced the number of brain regions stimulated by the task. The silenced areas included the "default network", a collection of regions that's most active when our brains are resting and our minds are wandering, and deactivated when the brain has tasks to do. Volkow speculates that methylphenidate boosts the brain's performance by helping this process along, corralling a wandering mind and allowing the brain to focus on the job at hand.

But not everyone reacts in the same way and Volkow found that the effect of the brain-boosting drug depended on the original state of the brain it boosted. Methylphenidate had the least impact on brains that had naturally high metabolic rates and burned up the least extra glucose when doing sums.

She suggests that brains that are already efficient and well focused do not benefit from cognitive enhancers. In fact, if people had already deactivated their default networks to the ideal extent, throwing methylphenidate into the fray may even worsen performance, as was the case in four of the volunteers.

Volkow's work could help to explain why cognitive enhancers like methylphenidate can hone brain performance in some people and some contexts, but be equally detrimental in others. Sleep-deprived individuals, or those with ADHD, may benefit from a chemical that deploys their brain's resources in a more efficient way. People whose brains are already working at their best could suffer from being focused any further.