Biology Lesson a Little Too Raw for Mass. Parents 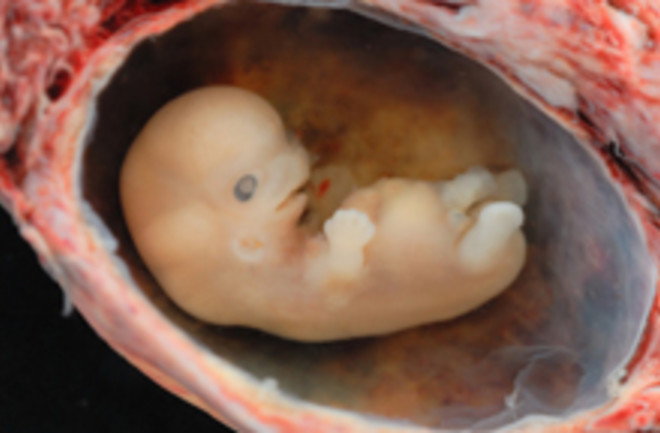 Tales of grown-ups trying to ruin science in the schools usually seem to involve anti-evolutionists. But in Massachusetts, science education has clashed with a different force: squeamishness. We here at Discoblog love the yuck factor of science. Can't get enough of it. But for some parents in Sandwich, Massachusetts, a presentation in their kids' 5th grade class went too far. From MyFoxBoston:

Parents of some fifth-graders at a Sandwich school were horrified when their teacher decided to invite a presenter to class who showed them cell development at different stages of growth.

It happened during a class last Thursday at the Forestdale School. The teacher allegedly had the presenter come into her class with embryos, hearts and lungs at different stages of development.

Besides concerns that their kids were exposed to—gasp!—biology during a science glass, some Sandwich parents also complained that the fifth-graders were allowed to handle jars containing formaldehyde. Fair enough. Formaldehyde is dangerous stuff that shouldn't be handled without supervisors... like a science teacher and the pathologist assistant who gave the presentation. Between embryos and chemicals, perhaps a protective parent freak-out was inevitable. But hopefully fear of reprisal won't scare this teacher or others away from teaching tactics that actually might work. As one parent told a local TV station

, "It was a great class, my son actually commented on what a great class it was." Related Content: Discoblog: Cheerleaders, Professor Team Up for Science

The Intersection: Is America Scientifically Illiterate?