Biofuels or Cheap Food: Do We Have to Choose? 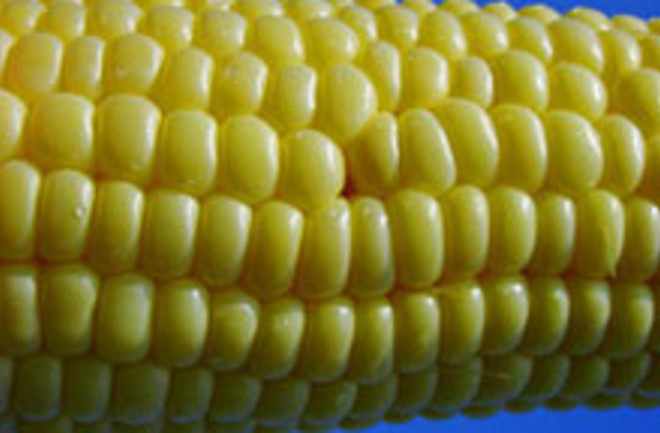 It looks like we really can't have everything. Western nations may have been feeling environmentally optimistic lately because of their embrace of biofuels made from corn or sugarcane -- a clean-burning, renewable energy source. But as ethanol producers have snapped up corn reserves, food prices around the world have spiraled up, causing scattered riots from Mexico to Haiti to Somalia. At a hastily organized summit meeting of the United Nation's Food and Agriculture Organization, officials warned that the present unrest could develop into a "global catastrophe." The statistics tell a serious story:

The recent crisis is believed to have pushed 100 million people into hunger worldwide. Poorer countries are faced with a 40% increase in their food imports bill this year, and experts say some countries' food bills have doubled in the past year [BBC News].

Industrialized countries need to step up their food production, U.N. officials said, and eliminate barriers such as export restrictions and import tariffs that can prevent food from getting to the world's hungriest people. U.N. Secretary General Ban Ki-moon called for between $15 and $20 billion each year to combat the problem. But in seeking the root causes of the crisis, the U.N. has waded in to the murky debate over ethanol, and whether too many food crops are being turned into fuel, filling gas tanks instead of bellies. Over the past several months, an international squabble has developed over what role the biofuel boom has played in the spike in food prices, and what should be done about it. The European Union has suggested that biofuel production may need to be reined in temporarily, while the United States and Brazil, two leading producers of biofuel crops, have vehemently disagreed. In fact, the opposing sides can't even agree on the scope of the problem, and show no signs of reaching consensus at the present meeting. Studies by international organizations, including the International Monetary Fund, show that the increased demand for biofuels is contributing by 15 to 30 percent to food price increases, said Frederic Mousseau, a policy adviser at aid agency Oxfam. "In some cases, biofuel production is in competition with food supply," Japanese Prime Minister Yasuo Fukuda told the summit. "We need to ensure that biofuel production is sustainable."

While agreeing that sustainability and innovation are needed, U.S. Agriculture Secretary Ed Schafer said biofuels contribute only 2 or 3 percent to a predicted 43 percent rise in prices this year [AP News].

In one positive development, some officials at the summit called for a new focus on Africa, and asked for aid in modernizing the continent's agriculture. A group called the Alliance for a Green Revolution in Africa, which is led by former U.N. chief Kofi Annan, hopes to teach farmers better soil and water management techniques, and give them better access to fertilizers and seeds. The current crisis gives the cause an added sense of urgency, officials said.

"The global food crisis is a wake-up call for Africa to launch itself into a 'green revolution' which has been over-delayed," Nigerian Agriculture Minister Sayyadi Abba Ruma said on the second day of the three-day summit. ... The Nigerian minister said his country had "the potential to become the food basket of Africa." But its farms were 90 percent dependant on rainfall, making them vulnerable to climate change, and its 14 million smallholders used "rudimentary" techniques [Reuters].

At the end of the summit tomorrow, the Food and Agriculture Organization will issue a declaration with the group's advice on how to avoid catastrophe. But as the members seem far from consensus, look for the statement to be long on good intentions, and short on specifics.