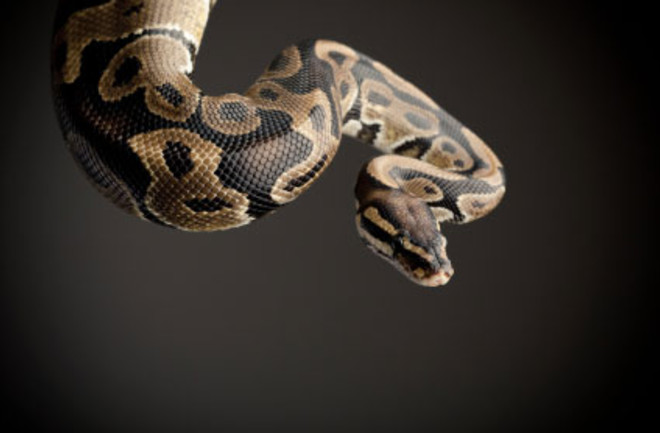 Leslie Leinwand got plenty of skeptical looks from her coworkers in 2006 when she announced her newfound fascination with pythons. Leinwand, a molecular biologist at the University of Colorado at Boulder, was interested in the roots of heart disease, and she noted that the snakes manage to consume vast quantities of fat, yet their hearts stay lean and strong. But snake biology is very different from human biology, and it wasn’t clear that any lessons from pythons would translate.

Six years on, her gamble has paid off. Python blood contains a trio of molecules that rapidly bulk up and strengthen heart muscle, suggesting a new approach for combating cardiovascular disease—especially congestive heart failure, a chronic condition affecting 5.7 million Americans in which the heart becomes too weak to pump blood effectively.

Ideally, everyone would have a big, muscular heart like that of an elite athlete, kept strong through constant exercise, Leinwand says. Instead, many people develop enlarged hearts for the wrong reasons: Factors such as obesity and high blood pressure introduce so much stress that the heart stretches out to compensate. It gets bigger but less efficient. That can lead to heart failure, along with an increased risk of fatty buildup and heart attacks.

For years, researchers like Leinwand have looked for ways to promote the good type of heart growth and counteract the bad. Their lab animals of choice were mice and rats, whose physiology is similar to that of humans.

Then, in 2005, Leinwand read a paper in Nature that made her rethink that approach. The article encouraged her to look beyond common lab animals in favor of Burmese pythons, creatures whose metabolic engines run in overdrive. A 20-foot-long python can fast for a year and then consume prey 1.6 times its body weight, equivalent to an average-size man’s swallowing a 300-pound steak in one gulp. Within a few days of feasting, a python’s metabolism increases 40-fold as the animal rapidly digests the meat and uses up oxygen.

For Leinwand, the most impressive thing about this feat was the ability of the creatures’ hearts to keep up—after all, the body can consume oxygen only as quickly as the heart can shuttle it around. To shoulder the load, python hearts grow 40 percent within a day or two of a good supper. The hearts add muscle at a breakneck pace, and their cells fill with beneficial proteins and enzymes.

Leinwand realized that pythons must have something in their blood that injects extra horsepower into the heart when activated by a large meal. A pill that could do the same for humans would go a long way toward treating and perhaps preventing heart failure. (Current drugs like ACE inhibitors improve blood flow but don’t actually strengthen the heart.)

At that point, it didn’t matter that Leinwand had never seen a Burmese python. She had found her next project. “I’m the sort of person who loves a challenge,” she says.

Next Page: Heart of a Snake

Heart of a Snake

In early 2006 Leinwand ordered 20 baby pythons from a reptile supplier and set up a colony in an empty laboratory downstairs from hers. For the first experiment, she drew blood from a couple of snakes, fed them a big rodent meal, then took another sample. The post-meal blood looked like a cardiologist’s worst nightmare. “The blood became so filled with fat that it was almost milky,” Leinwand recalls.

In humans, fat in the bloodstream tends to produce fatty deposits on arterial walls and in the heart itself. Yet when Leinwand inspected the snakes’ hearts, she could not find any accumulating fat deposits. She realized that whatever chemical was strengthening the heart was also preventing the buildup of fat. She still had no idea how the pythons did it or whether the process would work in other animals, but she was determined to find out.

Part of the issue was settled when Cecilia Riquelme, a postdoc in Leinwand’s lab, drew blood from recently fed pythons and applied it to a dish of living rat heart cells. Within two days the cells had grown significantly and were filled with helpful proteins and enzymes. Riquelme’s simple experiment suggested that mammals, perhaps including humans, could benefit from the heart-bolstering chemical machinery of pythons.

Leinwand was emboldened to identify that machinery in python blood. It was no easy task: Blood contains thousands of compounds, and any combination of 2 or 20 could have held the secret to heart health. So she isolated compounds in pre-meal blood samples and looked to see if their concentrations shot up after feeding. Whenever she found a candidate, she injected it into mice, hoping their hearts would grow.

After two years and dozens of dead ends, Leinwand finally found a compound that strengthened mouse hearts. She tried it on unfed pythons too, and it triggered the same effect, as if they had consumed a giant meal. The crucial recipe was a mixture of myristic acid, palmitic acid, and palmitoleic acid, all of which were isolated from the milky part of the blood that Leinwand had observed in her first experiment. Ironically, a trio of fatty compounds held the key to strengthening the heart, which in turn prevented other fats from clogging up the works. Leinwand’s results appeared in Science last October.

Now Leinwand wants to observe python blood’s effect on at-risk test subjects. Over the next several months she will breed mice with high blood pressure and inject them with the key fatty acids. She hopes the trial will show that a python-inspired pill could treat heart failure by reversing damage and adding heart muscle. Leinwand is also injecting healthy mice to see if python blood can prevent symptoms of heart failure before they start.

Although human drug trials are several years away, Leinwand has cofounded a company to fund her research. Her colleagues hope this work will keep her occupied for a long while. “Everyone has made me promise not to bring another exotic animal into the lab,” she says. “They think one is enough.”

Pythons are not the only exotic animals whose body fluids have inspired serious drug research. A variety of outlandish reptiles, arachnids, and mammals also have the potential to overturn their frightening reputations and help fight disease.

Gila monsters These nearly two-foot-long lizards use their poisonous bite to prey on small animals in the southwestern United States. But scientists figured out how to harness the monsters’ venom, and in 2005 the Gila-inspired drug Byetta was approved as a treatment for type 2 diabetes.

T arantulas Scientists at the University of Buffalo discovered a compound in tarantula saliva that could disable the faulty mechanism that destroys healthy muscle in some people with muscular dystrophy. The researchers are now raising money to start a small-scale clinical trial.

The saliva of these blood-consuming predators contains an anticoagulant, dubbed draculin by the researchers who found it, that can dissolve blood clots. A new drug based on that chemical, currently in human trials, could give doctors more time to treat people who have just suffered a stroke.