Beneath the Surface of the New U.S. Marine Sanctuary

A 962-square-mile section of Lake Michigan was designated a U.S. National Marine Sanctuary in 2021, along the shores of Wisconsin. 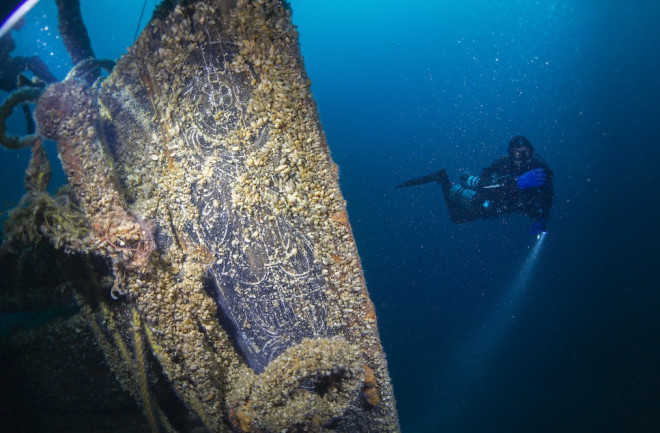 If you’ve never visited North America’s Great Lakes, it’s difficult to grasp their ocean-like vastness. Even for those who have, few can fathom the trove of maritime artifacts scattered across their floors — including a shipment of some 260 Nash cars aboard the Senator freighter, which sunk to the bottom of Lake Michigan in 1929. “Where else on Earth do you have more than 260 factory-fresh automobiles preserved?” says Christian Overland, CEO of the Wisconsin Historical Society. “We have this amazing underwater museum intact.”

Overland’s museum is a 962-square-mile section of Lake Michigan that was designated a U.S. National Marine Sanctuary in mid- 2021. It’s only the 15th such sanctuary in the country, recognized by the National Oceanic and Atmospheric Administration (NOAA). The newly appointed swathe of water along eastern Wisconsin contains 36 identified shipwrecks, most of them listed on the National Register of Historic Places; historical records show the area holds dozens of other unidentified sunken vessels, like unmarked graves.

“They’ve been hidden, out of sight, out of mind,” Overland says.

Sanctuary status will expand exploration opportunities for marine archaeologists and historians, as well as recreational divers and dry-footed tourists. Preliminary plans include building a visitor center, adding mooring buoys above some shipwrecks and launching glass-bottom boat tours. These tours, in partnership with NOAA, would float visitors above the murky remains of freshwater schooners and paddle wheelers, like the 300-passenger Niagara steamer, which vanished beneath the waves in 1856, just 1 mile off the Wisconsin shoreline.