Bees and Other Stocking Stuffers

Happy holidays! Inkfish found some exciting goodies in its many-tentacled stocking this year (thanks, tipsters!), including:

Toys for chimpanzeesWhile observing a chimpanzee community in Uganda for 14 years, researchers Sonya Kahlenberg and Richard Wrangham saw the animals use sticks in several different ways. They poked narrow sticks into holes to search for water or honey; they threatened other chimps with sticks, or used them for hitting or throwing. Perhaps most surprisingly, they saw some chimps carrying branches or chunks of bark in a way that suggested carrying a doll. 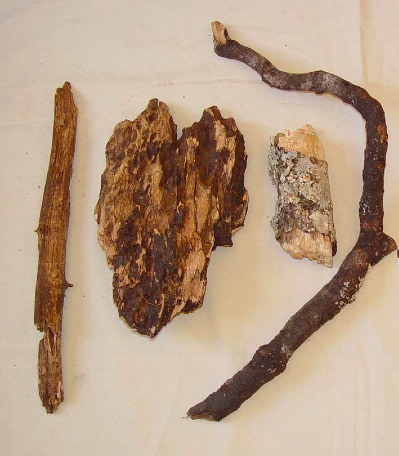 The behavior was seen most often in young female chimps. Because the chimps sometimes carried their sticks into their nests or played with them in a maternal way, the researchers think the stick-carrying behavior is really play-mothering. And since adults don't carry sticks, the young chimps in this community are learning the behavior from each other.

The city of Chicago is perfectly aware that several dozen coyotes are roaming the parks and streets at night (even, in this video, trotting down the center of State Street, in the loop). In fact, the coyotes are out with the government's blessing.

Cook County has put radio collars on more than 60 coyotes and allows them to run around Chicago without interference. This lets the Coyote Project gather data about how coyotes travel, while the animals themselves get to kill all the rats they want. And, um, only an occasional house cat.

A group of 8- to 10-year-old students at Blackawton Primary School in the United Kingdom are probably the youngest researchers ever to be published in a peer-reviewed journal.

Teacher Dave Strudwick and neuroscientist Beau Lotto led the kids in an awesome classroom study about bees. The students wanted to study whether bees could use spatial reasoning to solve a puzzle. So they presented the bees with different arrangements of colored circles, some holding sugar water, and concluded that the bees did learn which patterns were the best "flowers" to visit.

The students' paper was published in Biology Letters. It includes many samples of the students' own language, such as the confusing statement, "We then put the tube with the bees in it into the school's fridge (and made bee pie :))...No bees were harmed during this procedure," as well as the heartening conclusion that "Science is cool and fun because you get to do stuff that no one has ever done before."

Volcanoes made out of ice

Based on images and data from Cassini, a spacecraft orbiting Saturn, scientists think that Titan (one of Saturn's moons) has Earth-like volcanoes on its surface. Unlike Earth volcanoes, though, these volcanoes might spew ice. Take that, Eyjafjallajokull!

A new family memberDid you ever ask your parents for a baby sister or brother for Christmas? How about a new cousin? In Denisova Cave in Siberia, researchers found a 30,000-year-old finger bone. They managed to sequence its DNA, and concluded that it belonged to a previously unknown human relative.

These ancient people, the "Denisovans," were more closely related to Neanderthals than to Homo sapiens. Though the Denisovans lived at the same time as modern humans, they're long extinct, along with Neanderthals and the "hobbit" people that may have lived on the island of Flores. We still don't know what became of our ancient cousins, leaving us the only hominids around. But a tiny bit of Denisovan DNA

seems to persist in the genomes of Melanesians--a gift they didn't know they'd gotten.