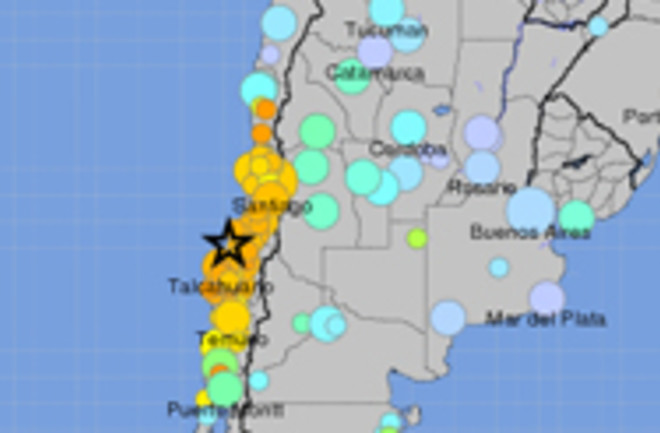 If you feel the earth move, the U.S. Geological Survey (USGS) wants to hear about it. At the agency’s "Did You Feel It?" website, anyone can contribute data on earthquakes by answering simple questions such as “Did it wake you up?” and "Did items fall off shelves?" Using your local reporting, site creator and USGS geophysicist David Wald says, researchers can build in a matter of minutes a zip code–based seismic-intensity map that used to take up to a year to generate.

Since its global launch in 2005, the online reporting system has helped to fill gaps in seismic monitoring outside well-studied sites like California, documenting microquakes that often escape detection. In some instances, such as the earthquake that shook Maryland this past July, the maps have helped scientists correct their assessments of an earthquake’s magnitude and epicenter. "Anyone who witnesses an earthquake can be just as accurate as an expert—maybe even more so—when it comes to reporting it," Wald says. In addition to improving the scientific record, the USGS says the crowd-sourced data can also help emergency responders focus quickly on the hardest-hit areas to provide a rapid response.