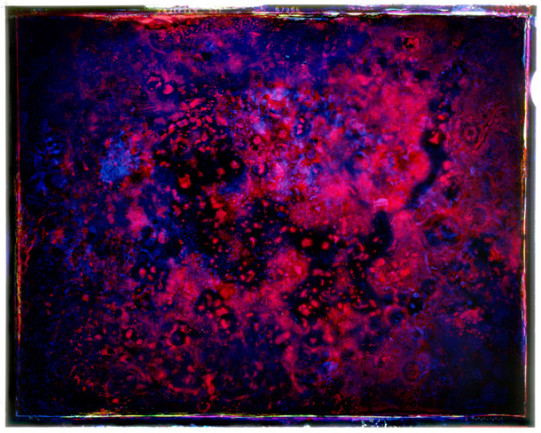 Like many scientific discoveries, the breakthrough that resulted in these glorious images was an accident. Photographer Caleb Charland tried to remove the silver from the film to make images of bacterial growth. He was not successful, some silver remained on the film--but Charland was amazed to see that the bacteria was growing in patterns that were re-depositing the image particles, their life cycles etched in silver.

Charland went on to create the images you see here by creating solid fields of color on the film, which he then coated with Agar, a nutrient source and a base where the bacteria could grow. Slowly the bacteria would eat the Agar, and then go on to consume the film emulsion.

Charland: "Once the bacteria had grown and spread across the film it would inevitably consume all available resources and cease to grow. The system would shut down as indicated by no further changes in the patterning. At this point I scanned the film as evidence of the life cycle. These landscapes evolved on a dark shelf in my apartment, but they take us to worlds we thought we might have seen through Hubble’s lens, on a trip to the coast, or after the floods recede."

All images from the series "BioGraphs" by Caleb Charland

Blue and Red Sheets of Film Eaten by Bacteria, 2009 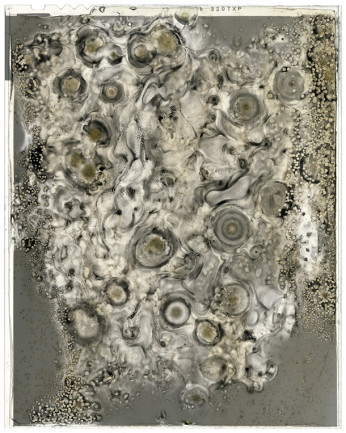 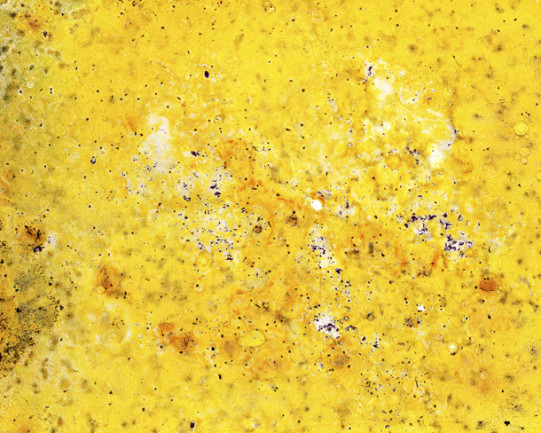 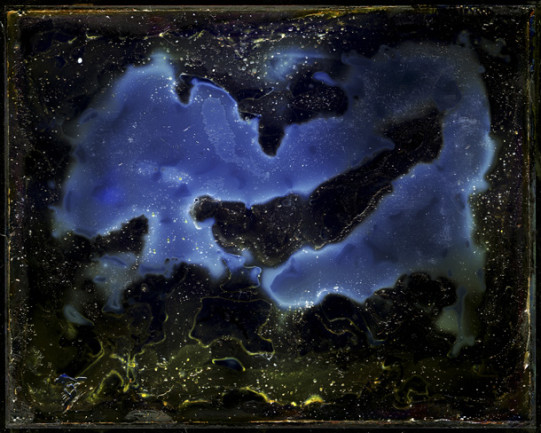 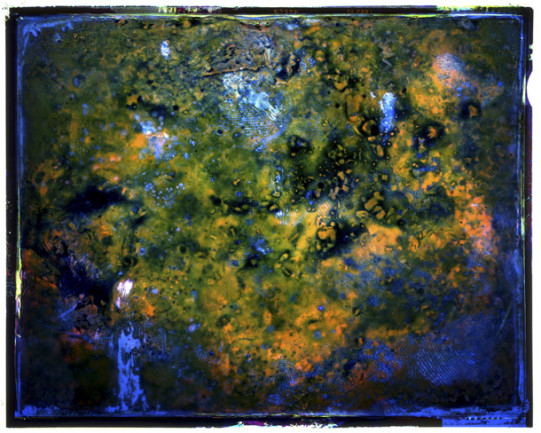 Blue and Yellow Sheets of Film Eaten by Bacteria, 2009