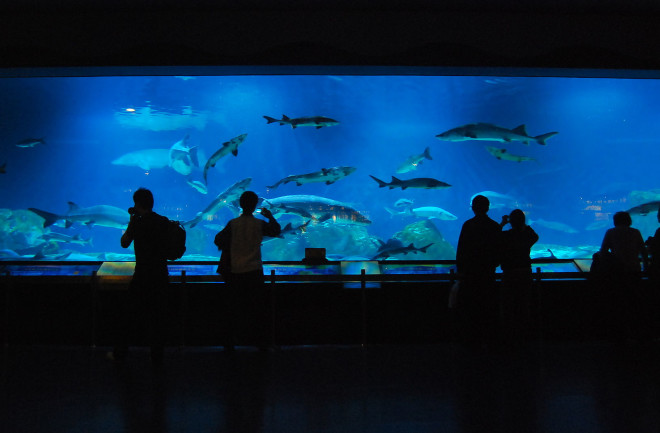 Critically endangered Chinese sturgeon may be even worse off than we thought, reports a team of researchers from the China Institute of Water Resources and Hydropower Research in Beijing.

These ancient fish are anadromous, which means they live in the ocean and migrate up rivers to spawn in fresh water. For the Chinese sturgeon, this annual spawning quest brings them up China’s Yangtze River.

At least, it used to. Once threatened by overfishing, these fish had a remarkable recovery after their commercial fishing was banned in 1983. But in recent decades, the sturgeon have faced a new threat: massive hydroelectric dams on the Yangtze that block the way to their spawning grounds.

Sturgeon of the past may have trekked nearly 1,900 miles (3,000 kilometers) upstream to reach one of 19 possible spawning sites. But dam after dam has now blocked off their route, starting with the 1981 Gezhouba Dam that shortened their path by 730 miles (1,175 kilometers) and left just one spawning site for the fish.

The new research, out today in Current Biology, quantifies the effects of the Yangtze dams on the endangered fish. The scientists estimate that the initial habitat loss from the Gezhouba reduced the total available spawning grounds to 24 percent of what was once available to the fish.

On top of that, they found that when this reduction occurred, it delayed the reproductive development of the fish by 37 days. They estimate that this has further cut the effective breeding population down to less than 7 percent of the original.

To make matters worse, three more major dams have been added upstream from the Gezhouba: the Three Gorges Dam in 2003, the Xiangjiaba Dam in 2012 and the Xiluodu Dam 2013. Possible effects of these later dams on the sturgeon hadn’t been given much consideration, since the sturgeon’s path to those upstream areas had already been blocked off by the Gezhouba.

But the new report shows that the newer dams have had compounding effects on water temperature in the river, which could spell final disaster for the sturgeon. Chinese sturgeon have a short window in which, biologically, they can spawn. They must be reproductively mature, but not yet out of the fat stores they’ve been living off of on their way to the spawning ground.

Normally, this window occurs when conditions in the river are right for spawning. The fish will only spawn in waters around 60 to 68 degrees Fahrenheit (16 to 20 degrees Celsius.) But because the dams slightly warm up the river, the time when conditions are right have shifted to later in the season.

Now, the water temperature window is mostly out of sync with the sturgeon’s biological reproductive window. If it gets any warmer – from climate change, for example – they’ll be completely out of sync.

The researchers estimate that this is the final straw for the Chinese sturgeon, reducing their effective breeding population to somewhere between 4 and 0 percent. Zero percent of a population means extinction.

The researchers acknowledge the massive challenges for sturgeon conservation. The four Yangtze dams, which accounted for over 3 percent of China’s total electricity generation as of 2015, certainly aren’t going anywhere soon.

The only hope for the Chinese sturgeon might be if improvements could be made to the dams that would maintain the natural, cooler water temperatures in the Yangtze.