The moon may affect the intensity of earthquakes. 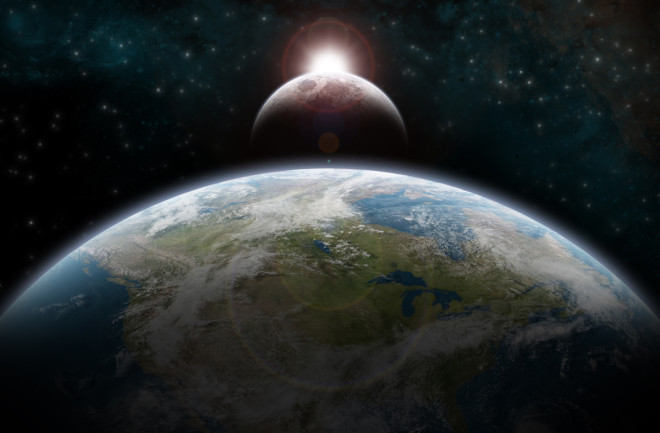 Full moons and new moons have long been omens of strange happenings and ill fortunes. While humans are probably still to blame for our own eccentricities, it turns out that some earthquakes might indeed be a response to the moon’s pull. Researchers led by Satoshi Ide of the University of Tokyo discovered that larger earthquakes — like Chile’s 2010 disaster, or Japan’s 2011 quake that spawned a devastating tsunami — are more likely to occur when the moon is near full or new.

Our planet feels more stress when the sun and moon align. A new study shows it might be enough to influence earthquakes. (Credit: Dan Bishop/Discover)

That’s because Earth is under additional stress when the sun and moon are aligned and tugging in gravitational unison, as happens during those lunar phases. The team, whose research appeared in Nature Geoscience in September, also found that the biggest fault lines are most vulnerable, and more likely to slip and start moving under the extra pressure. But these are still tiny effects on the complicated whole-Earth system. Many factors can cause the ground to start shaking.

John Vidale, a seismologist at the University of Washington, says the find won’t be a silver bullet for predicting earthquakes, but it may help scientists like him understand the big picture more accurately. “Maybe we can say [a given area is] 10, 100 or 1,000 times more dangerous than usual, but that’s still only a 2 percent chance of an earthquake happening any given day or week.”