By 2100, millions could flood into cities and communities around the country to escape rising waters. 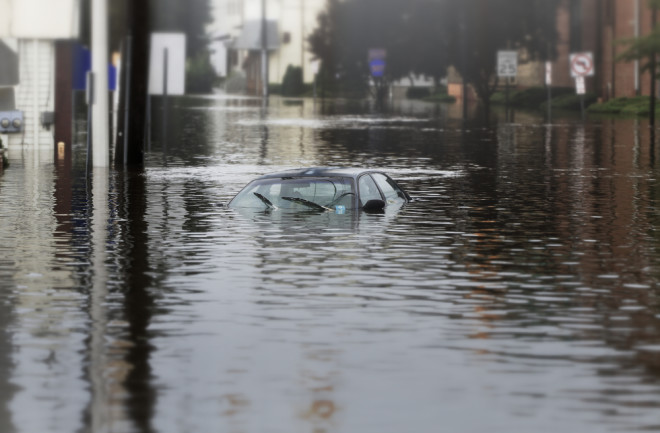 Coastal living, once idealized in the U.S., could soon become a precarious proposition as the climate warms.

Rising sea levels are threatening, and will continue to threaten, those who've made their residences on the imperiled boundary between land and ocean. Estimates of sea level rise put metropolises like New York City, Miami and Los Angeles at high risk of dangerous floods by the end of this century, putting the future of millions of residents in jeopardy.

Many of those people will undoubtedly choose to leave for higher ground. For researchers and city planners alike, the looming question is where they will go.

A new study in PLOS One helps give us some answers. Pairing models of migration and climate change with machine learning, the researchers find that some 13 million people will be on the move by the year 2100. Large cities like Houston, Dallas and Atlanta will absorb many of these climate migrants, as well as inland counties all along the East Coast.

The effects of this mass migration extend beyond the displaced, the researchers say. Unprecedented levels of new residents will stress social and economic systems, potentially leading to magnified harm. The key, ultimately, will be preparation.

How High's the Water, Mama?

In the U.S., 39 percent of the population, or 123 million people, live near a coastline. As the oceans rise due to climate change, many of those residents will eventually find water lapping at their doors. Entire communities will likely become unlivable. New York City will be ravaged by floods; Miami may cease to be a city.

Estimates of sea level rise vary widely. The researchers in this case used a high, though not unreasonable, assumption of 1.8 meters, or about 6 feet, by 2100. That's drawn from a scenario where average global temperatures have risen by more than 4 degrees Celsius by the turn of the next century. Other models using the same scenario put sea level rise anywhere from 0.79 to 2.5 m in the same time span.

What's clear, though, is that sea level rise is inevitable. And even lower estimates still put coastal communities at risk.

But, as the authors point out, the effects of sea level rise extend beyond coastal communities. It will also impact inland communities as they receive an influx of new residents, so-called "climate change refugees." Coming decades could see rates of migration to certain areas as much as quadruple as people flee the tide. The flow will be largely to inland counties bordering newly flooded regions, such as those outside Los Angeles, along the eastern seaboard and to regional hubs like Dallas.

Southern Mississippi and southeast Georgia will be particularly hard hit under the researcher's model. The Midwest, too, will be disproportionally affected, though that's partially due to the fact that many communities there are small and see little migration currently.

The coming reshuffling of the U.S. population could dramatically alter demographics across the nation. Once-thriving cities may be reduced to soggy wastelands. Small communities may swell into large cities. It's difficult to say exactly how our brave new future will compare to the antediluvian present, though. Large-scale climate migration simply hasn't been seen in the U.S. before.

While people do move from place to place — estimates put baseline migration rates at around 3 percent of a region's population — the factors motivating climate migrants are different. Large numbers of people are likely to migrate in a short time frame, and may prefer to move to neighboring counties, just far enough to escape the rising ocean.

It adds up to a worrying scenario, if only because of a lack of precedent. We simply don't know how climate change will reshape American society, from the level of geography upward.

Millions of people uprooting themselves and settling in new communities will certainly pose challenges. How the climate migrations of the future play out will likely come down to how prepared we are for them.