Are Woolly Mammoths a Solution to the Hairy Problem of Climate Change?

A biotech startup’s science fiction-esque plan to reintroduce mammoth-elephant hybrids to the Arctic tundra is already in motion. Some scientists argue the risks outweigh the rewards. 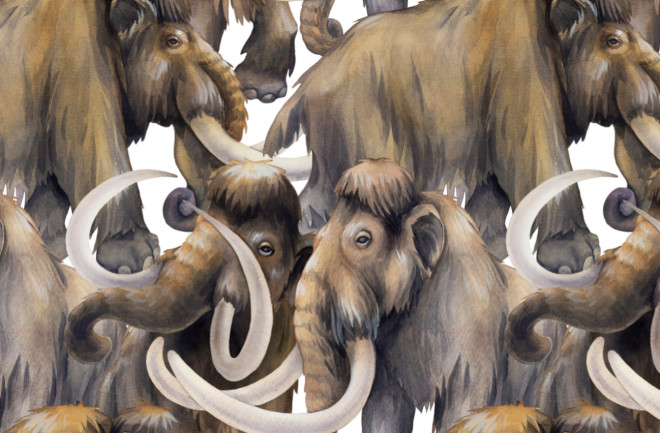 The last woolly mammoth likely roamed around 4,000 years ago. Modern humans lived alongside the animals for thousands of years — and before that, the Neanderthals used woolly mammoths for almost everything imaginable: food, shelter, tools, art. The world’s oldest known musical instrument, a flute, was fashioned from mammoth ivory.

In the very near future, however, humans may cross paths with the extinct beasts once again.

Colossal Biosciences, a Texas-based biotechnology startup, is on the forefront of reintroducing the woolly mammoth to the world — or some version of it. The company expects to create mammoth-elephant hybrid calves by 2027. These animals will be reintroduced at Pleistocene Park, a Russian nature reserve in Siberia, where attempts are being made to recreate the grasslands that flourished during the last ice age.

Colossal describes the hybrids as a vital defender of the earth. According to the company, they will decelerate the melting of arctic permafrost (preventing the emission of greenhouse gases trapped within the permafrost) and revert overshrubbed forests back into natural arctic grasslands, fostering an ecosystem that could maintain its own defenses against climate change. The ultimate goal? Save the world’s future by going back in world history.

Colossal was cofounded last year by Harvard Medical School genetics professor George Church, whose work includes genetic modification of pigs, and tech entrepreneur Ben Lamm. They believe that bringing back the mammoth is radical, but also doable. “We’re ushering in a thoughtful wave of restorative biology to de-extinct a species, protect species at risk of extinction and rewild [reintroduce] degraded ecosystems,” says Lamm. “This is groundbreaking. We are in control of a science that has the power to reverse and prevent biodiversity loss.”

The Indian elephant, one of three subspecies of the Asian elephant. (Credit: Anastasia Lembrik/Shutterstock)

Those key traits include a 10-centimeter-thick layer of insulating fat, five different types of shaggy hair and smaller ears to help the hybrid animal tolerate colder weather characteristic of Pleistocene Park. “This gives us the ability to rewild this critical species into a degrading ecosystem to combat the effects of climate change in a disruptive, new way,” Lamm says.

All of this isn’t without risk or controversy. As the character Ian Malcolm famously quotes in Jurassic Park, “Your scientists were so preoccupied with whether or not they could, they didn’t stop to think if they should.” Some other scientists fear the new species will become invasive, affecting native species, communities and ecosystems through competition, browsing and the facilitation of diseases.

It’s also unclear how impactful the mammoths will be in combating climate change. There certainly won’t be many of the animals at the outset, and the gestation period for an elephant is two long years — so calves won’t appear for some time. Additionally, the process of recreating a mammoth is not particularly easy, nor cheap. (The company launched with $15 million in funding from investors, but recently raised another $60 million to speed up its growth.)

Then there are the ethical and moral implications of “resurrecting” the dead. “We’ve worked carefully and diligently on assembling an advisory board of geneticists, bioethicists, scientists and conservationists to foster an ongoing dialogue with industry experts as well as the broader public at large,” says Lamm. While he’s excited about seeing woolly mammoths roam the Arctic tundra again, he’s more excited about creating new tools for conservation.

A recent United Nations report shows that nearly 1 million species risk extinction within the next few decades, particularly if no radical action is taken. Lamm and others believe Colossal’s biotech could even be used to genetically edit these other species, of all types, so that they might be better equipped to deal with the effects of climate change. The company recently partnered with the Vertebrate Genomes Project to genetically preserve the Asian elephant, the African elephant and the Forest elephant through genomic sequencing.

When all is said and done, humans might walk alongside a version of the woolly mammoth once again — straight into a future designed by the scientists of today.