Are Efforts to Save the Panda a Giant Waste of Money?

Sure, they're magnificent beasts, but they may be sucking eco-dollars from other, more critical species. 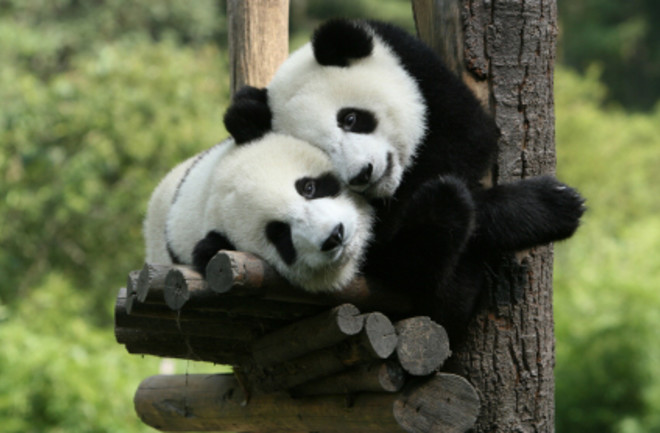 Click here to see the related story, "Could Pandas Be an Evolutionary Mistake—or Proof of an Intelligent Designer?"

For decades, the panda has been an icon of the conservation movement, along with other majestic animals like the Siberian tiger, the mountain gorilla, the blue whale, and, most recently, the polar bear. These conservation superstars have a few things in common: They're big, they're mammals, and they're pretty—earning them the label "charismatic megafauna."But they're obviously not the only animals in danger of extinction.

About 22 percent of all mammals are listed as endangered by the International Union for Conservation of Nature (IUCN), but the percentage is significantly higher for creepy, crawly, backbone-less invertebrates, which enrich the soil, filter water, recycle nutrients, pollinate plants, decompose animal carcasses and waste products, play a vital role in the food chain, and inspire biomimetic creations.

What are pandas good for? Why are invertebrates (a group that includes the three most endangered groups of animals in the United States) seemingly absent from conservation planning strategies, while the panda receives a great proportion of our efforts and our concern, not to mention tens of millions of dollars for captive breeding programs?

The panda has been called "possibly one of the grossest wastes of conservation money in the last half century" by conservationist Chris Packham, president of Britain's Bat Conservation Trust. In fact, he insists that he "would eat the last panda" if the resources devoted to them could be transferred to "more sensible things."

Save the Charismatic Megafauna! At first glance, it may seem that the conservationists have let emotion win out over reason, ignoring the suffering of the masses (and the vitality of the earth) to save the cuddliest animals. But a closer look reveals a different picture: The charismatic megafauna may get all the glory, but they also bring in the bucks.

The conservation movement has been exploiting the panda's earning power since the World Wildlife Fund—the most widely supported conservation organization in the world—made it their symbol in 1961. "Kids love them, parents love them, the Chinese government loves them, and yes, conservationists love them," says Matt Durnin of The Nature Conservancy in China. “From a marketing perspective, they’re a no-brainer." The panda's ability to resonate so widely has earned it the role of "flagship species" for its natural habitat, the fertile Yangtze River Basin. Flagship species act as representatives of a defined environmental cause; they are selected for their ability to raise awareness and, more practically, money.The idea is that support for the flagship species will also benefit the many other species that share the flagship animal’s habitat but lack that sympathy-inspiring je ne sais quoi.

It may seem like bringing people's attention to as many endangered species as possible would only help the cause. But as psychology experiments have demonstrated over and over again, we've evolved to act on our emotions, not logic. A recent study showed that the general public was willing to give significantly more to save the charming Eurasian otter than to save the homely, but similarly threatened, watervole—and more for the otter alone than for the otter and the vole combined.

For the Yangtze Basin, the panda has proved an effective ambassador. Because of panda-centered conservation, China—a country with an abysmal environmental record—is taking dramatic steps to protect their environment. A logging ban has been in place for 10 years, former poachers now earn a living as trackers for panda tourists, and the local people are recognizing the value of the natural environment beyond its role as a source of meat and timber. By preserving the panda's forest home, conservationists hope to protect thousands of other species—including 100 mammals, 250 birds, thousands of insects—as well as the water supply for nearly 40 percent of China’s people.

The Other 99.9% of Life on Earth But there is considerable debate concerning whether the use of flagship species as cash cows is the best way to reach broader conservation goals. According to Durnin, flagship species work, but they’re not perfect. "Hypothetically, the strategy protects all inhabitants of the forest, but if the entire management plan is devoted to the panda, no one really pays attention to what happens to the other species. The Siberian weasel might start disappearing, but it would be a while before anyone noticed."

An alternative strategy for managing the environment—one favored by many academic conservation biologists—is to focus on preserving biodiversity and whole ecosystems, thereby protecting a substantially wider range of species. Niles Eldredge, a curator in the Division of Paleontology at the American Museum of Natural History, claims says that the current extinction rate—approximately three species every hour—reveals that we are, which puts us inthe middle of our planet's sixth mass extinction. (The fifth mass extinction, 65 million years ago, claimed the last dinosaurs as its most famous—and most charismatic—victims).

While the panda and its fellow charismatic megafauna are magnificent beasts, our preoccupation with them leaves little energy and concern for the greater biodiversity crisis. But the general public's participation and financial support are vital to the conservation movement, and it’s difficult for the average member person to emotionally connect with the nebulous concept of biodiversity.

So the flagship species strategy may be our best option—for now. But with the loss of species accelerated by a warming planet and a burgeoning human population, it's unclear whether the panda's earning power will be able to keep up. Instead of using the panda to tug at heartstrings, perhaps conservationists should start a long-term project to tackle the greater problem—lack of funding, political and commercial indifference, and ignorance of the magnitude of the biodiversity crisis.

Click here to see the related story, "Could Pandas Be an Evolutionary Mistake—or Proof of an Intelligent Designer?"