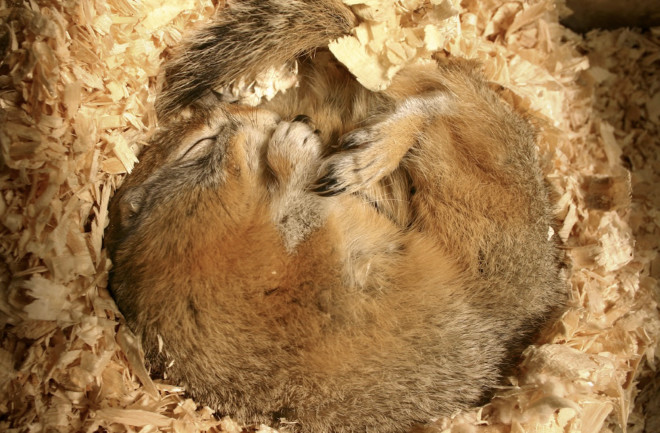 This hibernating Arctic ground squirrel may look serene, but it’s under significant stress — at least, its body is. To survive the brutal winter, these critters slip into a deep sleep that can last for weeks at a time. Burrowed safely, they alternate between periods of low oxygen consumption and brief rewarming periods of normal consumption. The sudden surges can kick off a chain reaction in the body that produces hydrogen peroxide, resulting in excessive inflammation. According to a report in Critical Care Explorations, researchers last year identified a hidden hero that evolved to combat the stress: iodide, a form of iodine released by thyroid hormones. Increased levels of iodide in the blood convert harmful hydrogen peroxide into plain old oxygen and water. The discovery could someday lead to better treatments for humans with traumatic injuries.