Archaeologists of the Future: Sorry About All the Livestock

Booming populations of cows, sheep, pigs and chickens inhabit the Earth — so their remains might rule our fossil record, too. 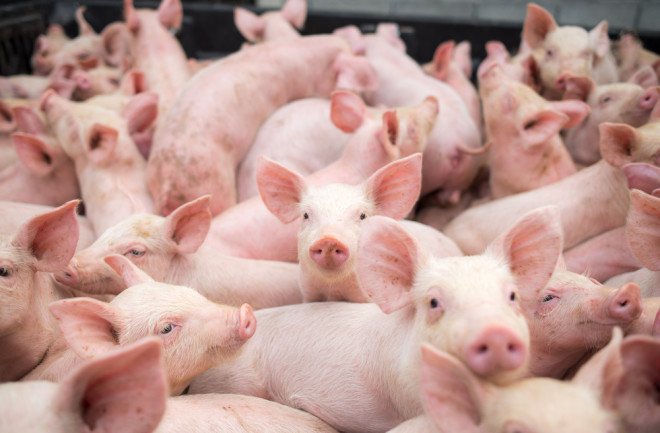 Livestock will predominate in the fossil record our society leaves behind. What might archaeologists of the future think? (Credit: MR. WORAWUT SAEWONG/Shutterstock)

Thousands of years in the future, when paleontologists unearth fossils from our current era, they're likely to notice something interesting about our society: There are far more livestock fossils than those from wild animals.

Cattle, pigs, chickens and sheep — along with humans — will likely dominate our mammalian fossil record, according to an analysis published in the journal Anthropocene.

“We’re radically changing the nature of the types of animals we have living on the [Earth’s] surface,” says co-author Karen Koy, a biologist at Missouri Western State University.

The way humans have bred and raised livestock means there will be a sharp distinction between the fossils of animals from today and those of previous times, which are largely made up of wild species. And even if future paleontologists don’t figure out that these organisms were bred for food, the global spread of livestock will at least be easy to detect, Koy says.

Humans are reshaping habitats and ecosystems, and scientists are still debating what to call these changes. Some say the years of global climate and ecological shifts caused by humans should be considered a distinct period of geologic time called the Anthropocene. It would be a delineation similar to how the Triassic era refers to the appearance of mammals and dinosaurs. But others think it’s not possible to designate a geologic era while we’re still experiencing it, Koy says.

Koy remains agnostic on the Anthropocene question, though she does note that one metric used to delineate geologic periods is a shift in the kind of fossils left behind. She sees her work as more of a thought experiment: “If someone were looking back in time, what would they see as a record of this time period?”

Koy and her co-author, Roy Plotnick of the University of Illinois at Chicago, conclude that there are a few reasons that future archaeologists are more likely to encounter livestock and human remains. For starters, livestock populations are huge. Some estimates put the amount of livestock mass on the planet at more than 14 times that of wild animals. Cows, pigs, sheep and chickens have spread to every continent except Antarctica, Koy says.

At the same time, humans have pushed some wild species to extinction and continue to encroach on habitats. That means future geologists will have greater odds of finding livestock than wildlife, the latter of which have lower population numbers and are more likely to only be found on smaller tracts of land.

The way humans handle dead livestock also makes them more likely to be fossilized. Most birds, dinosaurs and megafauna found by geologists have lasted until now because the dead animals were quickly covered in mud or dirt, Koy says. Only a tiny proportion of animals from those eras died on ancient riverbanks and wetlands and were submerged in preservative sediment.

Burials — both human graveyards and the covered pits used for livestock — mimic that process. That primes these remains for becoming fossils, unlike wild animals, which will likely only stay preserved if they’re lucky enough to be buried by the forces of nature.

And the future remains of our pets lie somewhere between wildlife and livestock. Roughly 900 million dogs and 100 million feral cats are trotting around worldwide, outnumbering some of their relatives like wolves and small wild felines. But not all of them are house pets, so only those lovingly buried by their owners stand a good chance of fossilization.

An Abundance of Chickens

Another study, published in 2018, proposed that chickens in particular will define our archaeological record. While Koy doesn’t suggest that our era’s fossils will be dominated by a particular livestock, she does think that the strange uniformity of these remains will stand out during future excavations. We breed cattle to all be roughly the same shape and size, for example, because that makes meat processing easier.

“It’s not just that there are domestic animals everywhere, but they are recognizably different from what a wild animal would look like,” she says.

As for how well future archaeologists will understand these fossils, they might try and work it out the same way archaeologists do now, Koy says. “They might have arguments in the literature — like we have now about various parts of the archaeological record.”