Animals of the Forest Floor

Here are five helpful but sometimes dangerous creatures that support the ecosystem. 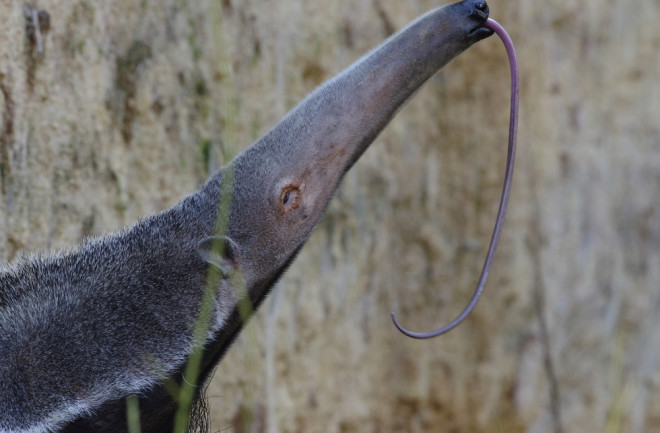 Other layers of a forest include:

·  The Emergent Layer — the tops of the highest trees.

·  The Canopy Layer — this includes the branches/leaves of most trees and is where the majority of forest species are found.

·  The Understory Layer — where small shrubs and trees that live in low light conditions are found.

The rainforest is an ecosystem thriving with life. Here are five animals that make the forest floor their home.

Found in rainforests from Costa Rica to Brazil, these dendrobates are among the world’s most toxic creatures. They’re also one of the most brightly colored. Depending on species, a poison frog may be yellow, green, blue, red or black. The bright colors serve as a warning. And these frogs are definitely something to be avoided. Small in size (1-2 inches), but powerful in toxicity, their venom can paralyze or kill. Their only animal predator is a snake that is resistant to their venom, the leimadophis epinephelus, or fire-bellied snake. Poison dart frogs are surprisingly attentive parents, with both the female and male guarding their eggs. Once hatched, the tadpoles are carried on the parents’ backs. One of the parents sits among the tadpoles and they climb onto their back, where they are carried and deposited into small pools of water, where they will grow.

Although there are four species of anteaters, the giant anteater is the largest and the only one with claws. Their razor-sharp claws on the front feet are kept balled up to prevent dulling. They serve several purposes, including defense against big cat attacks, and breaking open nests of insects. And anteaters can’t get enough insects, consuming up to 40,000 termites and ants each day. They’ve been known to also eat fruit, worms and other insects if available. Belonging to a group of animals known as edentates, they have no teeth, but that doesn’t hinder them. With a two-foot-long tongue loaded with sticky saliva, insects easily adhere to the tongue as the anteater flicks it in and out of the termite/ant nest. Solitary creatures, anteaters will let offspring ride on their back for their first year of life.

One of the forest floor’s most prodigious workers, leafcutter ants use their jaws to remove pieces of leaves and transport them to underground nests, which can comprise more than 1,000 chambers. For reference, the load they carry would be the equivalent of a human carrying almost 600 pounds with their teeth. When in motion, the trail of these ants can reach 100 feet long on the forest floor and along tree trunks. Surprisingly, the ants don’t eat the leaves, but use them to grow a fungus which their larvae feed from. They break down the leaves by crushing them and with the use of fecal liquid. Leafcutter ants have extremely advanced societies, second only to humans — with colonies of up to eight million. They’re divided into categories, with each having a specific job to do. Working together, they can strip up to 17 percent of plant leaves from their ecosystem, including clearing entire trees in less than a day.

Related to snails, slugs have no shell to protect them. But what they do have is greater accessibility to environments where having a shell would restrict them. Banana slugs require moisture, so when it’s too hot or dry, they roll up and remain in damp areas until it’s safe to come out. They rely on their slime production to help prevent dehydration and facilitate respiration, and they coat themselves with slime before going dormant. The slugs’ slime also plays an important role in reproduction. They start with creating a blanket of slime, in which they lay down. Once they finish mating (which can take hours), they can’t separate. So one of them will chew off of the male sex organ. But that’s not the end of the banana slug, as they are hermaphrodites, and it will continue its life as a female. Although small, they don’t have to fear many predators, as their mucus tastes bad to other animals.

Some salamanders have the distinction of being indicator species, meaning their abundance is correlated with certain environmental conditions. Their presence is used as a measure of overall biodiversity and health of an ecosystem. For instance, when there’s a large number of decaying logs (where salamanders can be found), it indicates an old growth forest that hasn’t been overly impacted by humans. Often mistaken for lizards, salamanders are not reptiles, but amphibians, who breathe through their skin. As protection against predators, they produce chemicals which taste bad, and they also use bright colors to serve as a warning about their poisonous skin. They help keep balance in nature by eating pests, such as mosquito larvae and flies.