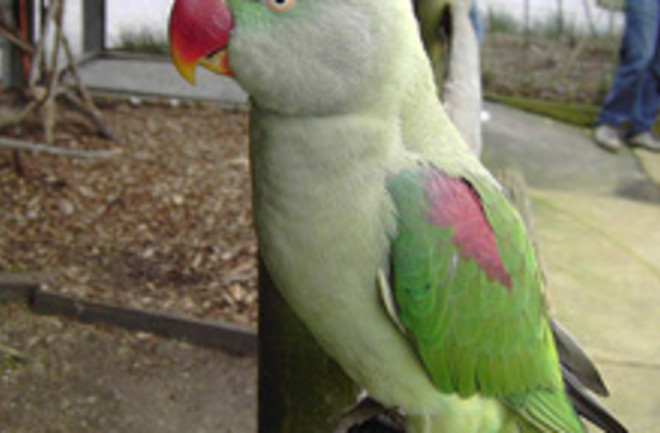 For one toddler in Colorado, parrots may displace dogs as man's best friend. Willie the parrot warned his owner that a nearby baby was choking by repeating, "Mama, baby," when the woman left the room and the toddler started to choke on her breakfast. All was fine after the woman performed the Heimlich maneuver, but she gives credit to the parrot for the baby's life. Willie was recognized on Friday with an Animal Lifesaver Award at an event called the Breakfast of Champions, attended by both the governor of Colorado and the mayor of Denver. Willie's call is just the latest in a string of heroic acts by non-humans—there was Buddy the German shepherd who called 911 last year when his owner began having a seizure (and is not the only dog to have done so), and a pod of dolphins who rescued a surfer from a great white shark. (Nor was that a unique incident.) So given that animals are showing such a knack for rescuing us from our own sticky situations, maybe we should put them in charge of AIG. Related Content: Discoblog: The Top 5 Nuttiest Animal Rescue Missions Ever Performed