1. Every year during the summer and fall, ocean currents move penguins from southern Argentina to the beaches of Brazil. But this summer, almost four hundred penguins were swept away and ended up stranded hundreds of miles from their normal feeding home. The lost penguins were picked up and flown 1,500 miles on a C-130 Hercules military plane to the southern beaches and, upon landing, flopped into the sea. But the penguins didn’t get a free ride; Scientists tagged their flippers so they could track their future migration patterns. Hopefully they stick to the Mapquest route a little better next year. 2.Hundreds of adorable pandas (which may or may not be an evolutionary mistake) needed help after the Chinese Earthquake in May of 2008. The earthquake hit in a terrible spot, just 20 miles from the famous Wolong Giant Panda Reserve holding 86 pandas (all safe now). Some of the 1,200 pandas living in the wild, however, are still missing. The State Forest Administration sent in shipments of bamboo to help the reserve pandas survive. 3.Bermuda petrels were thought to be extinct for centuries. But in the 1950s, 18 nesting pairs were found. When a hurricane in 2003 destroyed the birds’ habitat, scientists moved the birds to higher ground at Nonsuch Island. (Despite the name, it does exist, we swear.) By removing the nestlings to artificial burrows on the new island, the scientists were able to build a new colony. There are now 85 pairs happily nesting there. 4.This rescue mission copies the movie Fly Away Home: Since 2001, a group called Operation Migration has been using airplanes to lead young whooping cranes from Wisconsin to Florida. Whooping cranes were on the brink of extinction, down from 10,000 when they first arrived in North America in the 1500s to 1,500 in 1870. They reached a low point in 1941 when there were only 21 birds left. Now there are 54 cranes that fly from Wisconsin to Florida all on their own. 5. Okay, so this next one isn’t an animal rescue, but it’s a person treated like an animal. On September 8, 1906, Ota Benga, a member of a pygmy tribe that lived in the former Belgian Congo, was put on display in the Bronx Zoo. Around 40,000 visitors a day would come to see the small black man who was cruelly kept in a cage with the primates. A group of African-American ministers protested in outrage, and soon, Benga was rescued and housed with several families in Virginia. 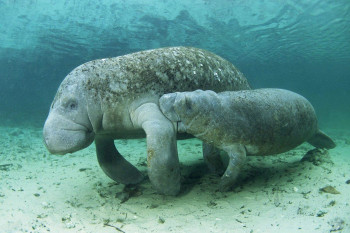 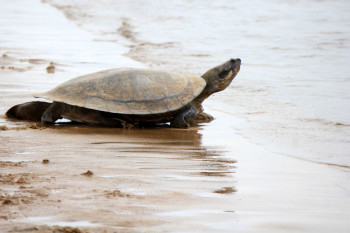 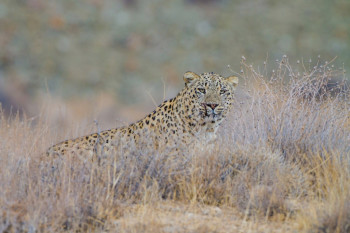 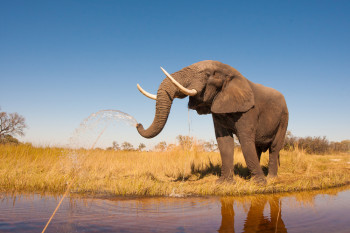