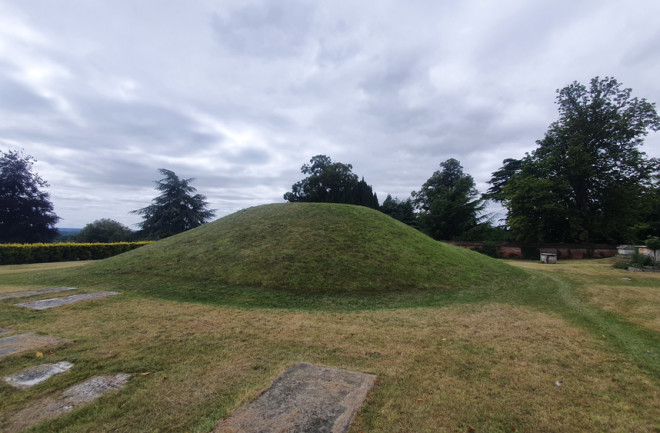 Scholars have long been fascinated by the Anglo-Saxon period of British history, which spans approximately 600 years, from the end of Roman rule in around AD 410 to the start of the Norman conquest in 1066. Unfortunately, because very few contemporary documents are available, a number of important questions about the early part of the period remain unanswered. One of these is: “Who were the Anglo-Saxons?”

There is general agreement that their origins can be traced to a migration of Germanic-speaking people from mainland northwest Europe that began in the early fifth century. But the number of individuals who settled in the British Isles and the nature of their relationship with the pre-existing inhabitants, especially the Romano-British, is still unclear.

Uncertainty persists because two of the main lines of evidence contradict each other. Historical documents such as Gildas’ The Ruin of Britain, Bede’s The Ecclesiastical History of the English People and The Anglo-Saxon Chronicle suggest not only that the incomers were numerous, but also that they more or less completely replaced the Romano-British, killing some and pushing the rest to the peripheries.

This picture is not supported by the results of isotopic analyses. Isotopes are different forms of a chemical element that can be distinguished by their atomic masses and physical properties. Isotopic analysis can help determine where an individual grew up.

When isotopes of strontium and oxygen extracted from Anglo-Saxon skeletons have been compared, they have pointed to only a few of the individuals having grown up in mainland Europe. This has been interpreted as evidence that the Romano-British were not replaced. Rather, they adopted a new language and set of values, beliefs and cultural practices from a relatively small number of incomers.

Frustratingly, genetic studies have not been able to clarify the debate. They have returned such a wide range of estimates of the percentage of mainland European ancestry in England that they can support either hypothesis.

A New Line of Evidence

Recently, we published a study in which we used a new line of evidence to investigate the issue: the three-dimensional (3D) shape of the base of the skull, which bioarchaeologists usually call the cranial base or basicranium.

Previous research has shown that when the basicranium is analysed in 3D, its shape can be used to track relationships among human populations in a similar way to DNA. We reasoned that collecting such data from Anglo-Saxon skulls and comparing them to similar data from the two potential source regions might shed light on the composition of the Anglo-Saxon population.

To obtain the landmark data, we employed a technique called photogrammetry. We imported 200 photos of each of the 236 skulls (minus the lower jaw) into a software program to create a high-resolution 3D model of each skull. We then used another software program to collect the 3D coordinates of a series of landmarks on the cranial base of each individual.

Once we had collected the data, we used a set of statistical techniques called geometric morphometrics (GM) to identify similarities and differences in shape among the four groups: Early Anglo-Saxons, Middle Anglo-Saxons, Pre-Medieval British and Pre-Medieval Danish.

Developed in the 1980s, GM has long been an important tool in the study of human evolution, but it has only recently been embraced by bioarchaeologists. GM allows patterns of shape variation to be investigated within a well-understood statistical framework and yields easily interpreted numerical and visual results. In our GM analyses, Anglo-Saxon skulls that shared more similarities with the pre-Medieval British skeletons were considered to have local ancestry, while those that were more similar to the Danish skeletons were deemed to have mainland European ancestry.

While our estimates of the percentage of Anglo-Saxons who had mainland European ancestry fall comfortably within the range of estimates derived from genetic data, they contradict the picture painted by both the historical documents and the isotopic evidence. Specifically, our estimates suggest that there was greater persistence of the Romano-British population than the historical documents claim, and a larger number of immigrants than the isotope evidence has been taken to indicate.

We think these discrepancies can be explained relatively easily. It seems likely that the mismatch between our results and the historical documents relates to the fact that the documents were written long after — in some cases, several hundred years after — the migration, and therefore are of questionable accuracy, which a number of scholars have argued.

We suspect the difference between our results and the isotopes may be the consequence of a misunderstanding. While strontium and oxygen isotopes are informative about where an individual grew up, they don’t tell us about a person’s ancestry. Hence, it is feasible that some, if not all, of the individuals with local isotopic signatures were second-generation immigrants — that is, their parents originated in mainland Europe but they themselves were born and raised in the British Isles.

Language and Culture, Not Genetics

This could have been because being Anglo-Saxon was perceived as higher status than being Romano-British. Alternatively, it could simply have been a consequence of people randomly copying one another. This process, which is known as “cultural drift,” has been shown to be able to account for a number of cultural patterns in recent history.

Regardless of the cause of the change in composition, it is clear from our results that being an Anglo-Saxon was more a matter of language and culture than genetics.

Interestingly, this echoes results obtained in the largest ancient DNA study of Vikings published to date. In this study, a number of individuals who were buried as Vikings were found to be of local ancestry, which suggests that being a Viking was also a linguistic and cultural phenomenon rather than a genetic one.

The Anglo-Saxons and Vikings are often viewed in racial terms, with common biological descent deemed to be a key aspect of both groups. However, the results of our study and the Viking DNA one indicate that shared descent was not a requirement for membership of either group.

Instead, it appears that the Anglo-Saxons were a group of individuals of diverse ancestries who shared a common language and culture. The same holds for the Vikings. The Anglo-Saxons and Vikings were, in other words, strikingly similar to the multiracial societies of contemporary northern Europe.