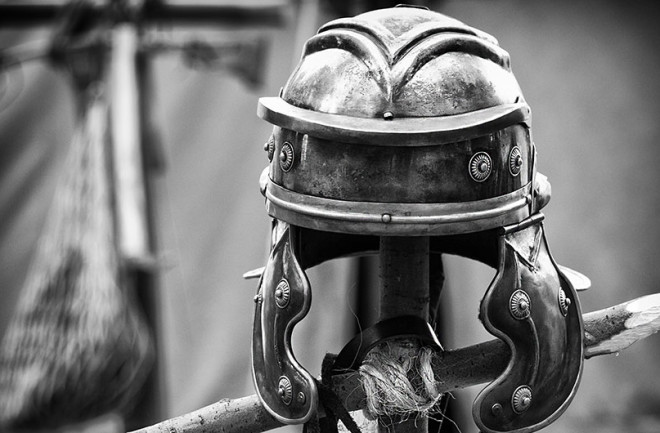 (Inside Science) — In a finding that mirrors the fantasy of HBO’s “Game of Thrones,” French researchers working at the site of a third-century B.C. settlement have discovered evidence that Celtic communities decapitated and preserved human heads.

A team of archaeologists unearthed fragments of human skulls that they believe confirm a practice of deliberate decapitation. They concluded that the skulls were either war trophies or the result of a still little understood ritual practice. In the first scenario, the victors — Iron Age Celtic warriors — may have taken the heads of their enemies, embalmed them, and prominently displayed the grisly objects within their settlements’ fortified walls and gates.

I’ll Have Your Head

However, there was little tangible evidence for deliberate decapitation, despite mention of it in several classical texts — until now. The researchers found the skull bones, along with animal bones and metal weapons, inside the settlement along the base of the fortified wall and near what has been interpreted as a gate. The skull fragments, including vertebrae, had distinctive cut marks that suggest the victims were deliberately decapitated.

“This is an important and useful piece of work,” said Ian Armit, a professor of archaeology at the University of Leicester. Although he was not involved in the project, he has written a lot about the subject in his own research. “It corroborates the classical sources.”

This settlement is located in southern France along the Mediterranean coast, about 80 miles west from modern-day Marseille. During the Iron Age, it was the site of a large Celtic settlement from the sixth century B.C. to the first century A.D. Since its discovery in 2000, the hilltop site has been the scene of extensive excavations.

During the third century B.C., Celtic-speaking peoples inhabited large swathes of Western Europe, including southern France. They practiced agriculture, were skilled in metalwork and had a society organized along hierarchical lines. They were also renowned as warriors. In fact, many classical sources focus on their combative history, including headhunting.

The first-century B.C Greek authors Strabo and Diodorus of Sicily both mention this practice. In his most famous work, Bibliotheca Historica, Diodorus wrote, “When their enemies fall they cut off their heads and fasten them about the necks of their horses. … The heads of their most distinguished enemies they embalm in cedar-oil and carefully preserve in a chest.”

But with little physical evidence for the practice, researchers had always approached the subject with a healthy dose of caution.

This new study, however, indicates the validity of deliberate decapitation and embalming. “It’s the first time that decapitated crania of Celtic peoples have been chemically analyzed,” said Peter Gosnell, an archaeologist from the University of d’Avignon who helped perform the chemical analysis.

Gosnell and his colleagues analyzed 11 human skull fragments — mostly mandibles and fragments of skull — from a much larger assemblage. After an analysis of cut marks found on the bones, the researchers analyzed them chemically. Six of 11 fragments of bone exhibited chemical traces of resin from trees belonging to the Pinaceae family, which includes the conifers.

The researchers found no traces of resin on the animal bones located alongside the human remains, strengthening the likelihood that the skull fragments were deliberately coated with resin in order to preserve them.

Gosnell said that the resin found on the skulls means that the Celtic people attempted to preserve the decapitated heads for posterity.

The question of why Celtic warriors took heads, of course, continues to be debated. Was it solely a practice associated with warfare, as the classical texts largely assert? Was it a ritual or even religious practice? Were the heads actually revered ancestors?

The researchers intend to use techniques such as isotopic analysis or pollen analysis to further interpret archaeological materials found near the site. The potential of such techniques to verify archaeological and historic evidence, Gosnell emphasized, is “absolutely huge for the field.”

The scientists detailed their findings in the January 2019 issue of the Journal of Archaeological Science.

[This article first appeared on Inside Science]