The new findings illuminate the evolution of our ancestors’ diet. 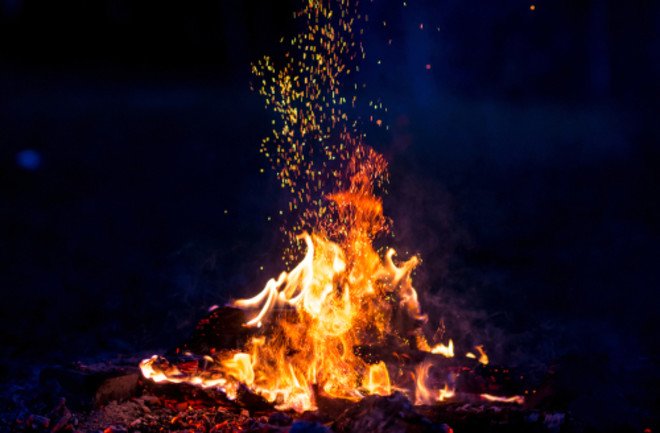 More than 100,000 years ago, humans lived in the caves that dot South Africa’s coastline. With the sea on their doorstep and the Cape’s rich diversity of plant life at their backs, these anatomically modern Homo sapiens flourished. Over several millennia, they collected shells that they used as beads, created toolkits to manufacture red pigment, and sculpted tools from bones.

Now some of these caves, along the country’s southern coast, have shed light on humanity’s earliest-known culinary experiments with carbohydrates, a staple in many modern diets. Small pieces of charred tubers found at the Klasies River site in South Africa date back 120,000 years, making them the earliest-known evidence of H. sapiens cooking carbs, according to recent research published in the Journal of Human Evolution.

The study joins a suite of new findings that illuminate the evolution of our ancestors’ diet. For example, in recent years, scientists have determined that hominins have been eating meat for at least 2.6 million years — with some researchers contending that hominins were butchering bones for marrow as much as 3.4 million years ago. And hominins were roasting nuts, tubers, and seeds about 780,000 years ago. Humans specifically, as another South African find revealed, ate shellfish some 164,000 years ago. And last year, ancient crumbs revealed that H. sapiens has been eating bread for 14,400 years.

Cynthia Larbey, an archaeologist at Cambridge University in the United Kingdom and lead author of the new study, suspects that roasting tubers provided critical nutrition to our species. “It was the way we were able to continue feeding ourselves as we moved and migrated,” she says. Hunting was difficult and unreliable, so “it was a skill to be able to find food as they moved to different ecologies.”

For the study, an international team of researchers excavated blocks of rock and compacted earth from the Klasies River cave floor and identified the remains of small fire pits within them. The team then used a technique called micromorphology, in which one excavates each block in tiny layers or sheets. They then removed the charred fragments and looked at them under an electron microscope.

“When you put something into a fire that’s still fresh, it has water in it,” explains Larbey. “When it cooks quickly, the escaping steam distorts the cells.” Using an electron microscope, the researchers detected this distortion, which suggests the tubers were likely not used as kindling. In addition, the charred pieces of tubers appeared often enough in the ancient hearths that researchers ruled out the possibility they had fallen into the fire by accident.

“This is really a very nice find,” says Simcha Lev-Yadun, a paleobotanist at the University of Haifa in Israel. Lev-Yadun was part of the team that discovered evidence of hominins roasting nuts and tubers 780,000 years ago.

Larbey and her colleagues believe that early modern humans’ consumption of cooked starches could have aided our species significantly. The Klasies River inhabitants had to have possessed the knowledge to identify the correct plants from their leaves, remember their location, avoid toxic tubers, and recognize ripeness. These abilities enabled humans to reliably find food, even while on the move.

In addition, starches are a source of energy-rich sugars; when cooked, that energy is more readily accessible to the body and able to support the development of human brains and fetuses. Consumption of cooked starches, the researchers argue, was therefore evolutionarily advantageous.

Although previous studies have shown that a meat-based diet was critical for brain development, a growing body of scholarship argues that easily digestible carbohydrates were also necessary to meet the energy demands of growing brains. “This new paper provides compelling evidence to support this idea, at least for those humans living at the site [at the time],” says Peter Ungar, an anthropologist at the University of Arkansas, who was not involved in the study.

Early humans, this study and others suggest, were versatile and consumed a variety of items, including both starchy plant material and animal protein, Ungar says. Diets likely varied with food availability and personal preference, much as they do in the present-day.

This story was originally published on SAPIENS. Read the original article.