The playing fields were hotspots for ancient Mesoamerican culture. 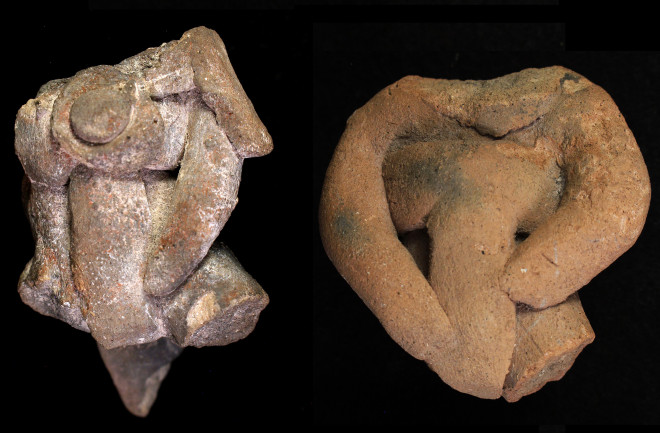 Of all the inventions and infrastructure ancient Mesoamerican societies are famous for, one striking relic appears again and again. The ball courts — alleys of playing field defined by mounds running the length of the pitch — emerge from Aztec and Mayan ruins and art. Archaeologists have even recovered figurines of men playing the game in traditional garb from an Olmec urban center dating back to 1150 BC.

Now, there’s a site on the map that’s even older than the Olmecs’. Archaeologists have found a new Mesoamerican ball court in a field in what is now Oaxaca, Mexico, likely constructed between about 1400 and 1300 BC. Described this week in Science Advances, the court dates to a time and location that researchers assumed was less culturally developed during that era, says Victor Salazar Chávez, a paper co-author and archaeologist at George Washington University.

The ball game wasn’t just for fun — it had religious and political uses as well. To see that settlements previously considered to be less sophisticated were able to create the court, Salazar Chávez says, carries heavy cultural weight. “It’s dealing with innovating aspects and traits that are later thought of as quintessential,” he says.

Give the Underdog a Chance

Though archaeologists have excavated ball courts all over the region, one geographic area seemed to lack the sites during a specific time period. The highlands — portions of the Americas sitting at higher elevations, Salazar Chávez says — haven’t revealed much infrastructure dating to between 1500 and 1000 BC.

Other classic ancient Mesoamerican features, like the temple pyramid, started forming around this time. Researchers assumed that because the highlands didn’t have much to show for the era, the people there had a slower cultural progression than those living in the lowlands. Only residents of the lower and often coastal regions seemed to host a hotbed of complex society. Those at higher elevations were seen as social copycats, Salazar Chávez says.

This perception drove Jeffrey Blomster, a co-author of the recent study and archaeologist at George Washington University, to start excavating highland areas in the 1990s. If others weren’t going to give this stretch of land as much attention, he figured he could. Salazar Chávez joined him in Oaxaca in 2015.

At first, the team didn’t know what they were excavating, Salazar Chávez says. It took a year of digging to realize they were uncovering two ball courts, one above the other. The finds had the classic shape of a field — a strip of playing area, flanked by elevated seating plateaus. Outside those, mounds rose to encompass the entire rectangular setup.

Those features gave away the site, but other remains found on the fields made it clear they’d uncovered a cultural hotspot. Whistles made to look like men dressed in belts and loincloths worn during the game scattered the field, along with animal bones, shells and other signs of ceremony.

Once the pitch was uncovered, Salazar Chávez recalls how strange it was to occupy a space that ancient Mesoamericans had built. “We are just standing here again after 3,000 years,” he remembers thinking.

The team plans to thoroughly examine the artifacts pulled from the ground, as well as keep locals informed about the work. To Salazar Chávez, the work is fascinating, but he also enjoys spending time with the locals who live near the site in the present day.

“What motivates me more is the region,” he says. “I’m in love with Oaxaca, so being there and getting to know the people from the town where the site is, working along with them, building relationships — it’s a big motivator for archaeologists to go back to the same places.”