An Elephant's Sense of Smell May Be Better Than Yours 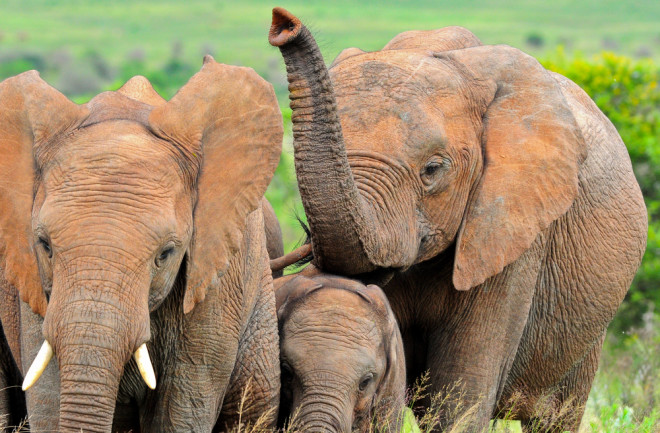 You guys smell that? Credit: john michael evan potter / Shutterstock Next time you’re deciding whether to throw out some questionable produce, you might want to turn to an elephant. That’s because the lumbering pachyderms turn out to have more genes coding for olfactory receptors (which detect smells) than any other known mammal — more than twice that found in dogs, and almost five times more than humans. Sorry, Fido, you’ve been genetically outsmelled.

Genomic Junk in the Trunk

The researchers started out studying the OR repertoire (as they call the collection of olfaction genes) in 13 mammal species, from primates to pachyderms. Among this group they identified more than 10,000 different genes that code for scent receptors. Most animals had a nearly unique repertoire, with only three genes in common amongst all the species. The authors were surprised to find that the African elephant came out way ahead of every other studied species, with nearly 2,000 olfactory genes to its name. (The elephants are known to have a good sense of smell, but not spectacularlyso.) It’s not clear exactly what all the genes do at this point, but the researchers suspect they’re a necessary adaptation to help the elephants thrive in their environment. The research appears in this week’s

On the other end of the spectrum, primates as a group, including humans, had the fewest olfactory receptor genes — though within this group humans led the pack with 396, possibly reflecting an evolutionary priority on sight rather than smell. Here's the full list of mammals in the study, from most OR genes to least:

Still, genes aren't the full story. Lots of questions still surround the mechanism of smell and how olfactory receptors interact with the odorants that they detect. Some scientists argue that more receptors means a better sense of smell, but that's not settled. At the least, consider it another blow against human exceptionalism — if you need to be taken down a peg, just remember that your guinea pig is in some sense more perceptive of the world that you are.