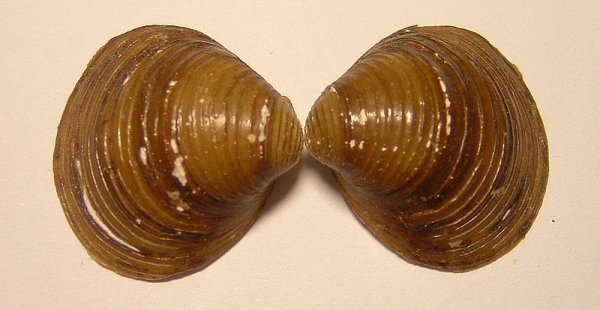 For many of us, a world comprised entirely of men would be a dystopian nightmare or a dream come true. But for the Corbicula clams, it’s just life. Several species of these freshwater clams are entirely male. Technically, they’re hermaphrodites because each individual produces both sperm and eggs, but the eggs don’t contribute to the next generation. When they are fertilised by sperm, their own DNA gets ejected and the resulting embryo only contains genes from the sperm. In this way, the clams produce clone “sons” that are genetically identical to them. Like all species that have abandoned sex, the existence of these clams is a mystery. In the short-term, there are many advantages to ditching sex. An asexual animal can pass all its genes to the next generation without spending any effort on finding a mate. But there are serious drawbacks to this lifestyle. Whenever two individuals have sex, their genes are shuffled and dealt afresh to the next generation. In this way, sex provides fuel for evolution. It remixes genes into new combinations, and unites faulty genes in weak individuals who are purged from the gene pool. Without these benefits, sexual animals tend to outcompete asexual ones in the long-term. It’s telling that asexual lineages tend to be quite recent ones – they are mere buds on the tree of life. The implication is that they have evolved their way into a genetic canyon, in which they are now stuck - doomed to extinction by their long-term disadvantages. To persist, they need some way of getting the sort of genetic diversity that sex usually provides. Shannon Hedtke from the University of Texas at Austin has worked out how the clams do it – they cheat. Every now and then, they “capture” eggs from other species of clams and keep their genes, instead of ejecting them. How do these cloned animals cope without sex? They don’t – they just get a little on the side, once in a few hundred generations. Hedtke compared three genes in 19 species of Corbicula clams, including both sexual and asexual ones, to build family trees that chart their relationships. One version of one gene was found in all the asexual clams, but not the sexual ones. This suggests that all the asexual clams share a common ancestor – an ancient predecessor take took up the life of the eternal bachelor, and gave rise to several all-male species. But aside from this one variant, the trees are a mess. Their shape changes depending on the gene you look at and overall, the asexual species don’t seem to share a common ancestor at all – they’re be scattered all over the trees. In some cases, both copies ofthe same gene within the same clam seemed to have come from different species. Hedtke thinks that the best explanation for these bizarre patterns is that asexuality did indeed evolve once (or at the most, twice) but the all-male clams have been stealing genes from other species ever since. Some of their genes have changed gradually over time in the usual way; others have been lifted wholesale from distant relatives. This happens because clams sometimes parasitise each others’ eggs. An intruder injects its sperm into another individual, fertilising its eggs. And since the asexual clams eject the egg’s DNA after fertilisation, the intruder has effectively cloned itself in the body of another clam. If, on occasion, the egg DNA doesn’t eject properly, it could fuse with the sperm – the intruder and its victim have inadvertently had sex, and their mingled genes pass onto the next generation. In this way, the asexual clams could, every now and then, get an extra boost of genetic diversity. As Hedtke writes, “any gene capture that occurs... reduces the extinction risk of these otherwise asexual species.” Other asexual animals probably rely on similar tricks. A group of pond-dwellers – the bdelloid rotifers – are the epitomes of asexual lifestyles. They are entirely female, and they’ve been that way for at least 40 million years. They cope with this lengthy dry spell inmanyways, but it certainly helps that they have the ability to smuggle in genes from their environments. A new study shows that their genomes are rife with legions of foreign DNA, transferred from bacteria, fungi and even plants. The ponds they live in tend to dry out and the rotifers endure through the drought in a dormant, shrivelled, and nigh invincible state. The drying process shatters their DNA. While they’re good at repairing these genetic wounds, they use the opportunity to import chunks of DNA from species around them, which have succumbed to similar damage. As a result, their DNA contains traces of species from entirely different kingdoms – plants, fungi, bacteria and more. Some of these seem to be active – they could help the rotifers to break down sugars and carbohydrates, or producing useful molecules like antibiotics and toxins. Like the clams, the rotifers have also found a way of escaping the trap of genetic uniformity. More on asexuality: