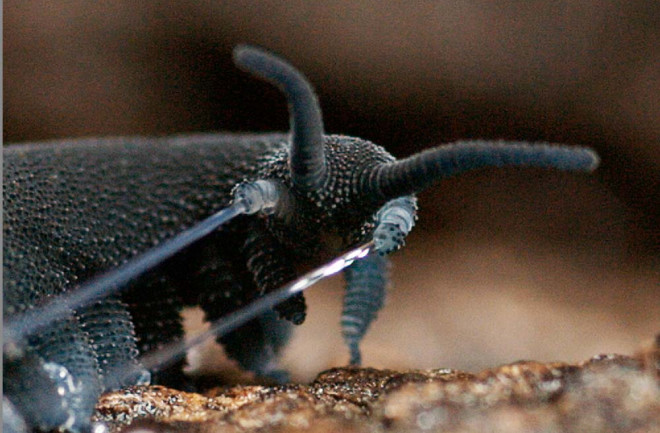 Using nozzle-like extensions on the side of its head, a tropical velvet worm shoots streams of sticky slime when hunting or defending itself.

Within the fluid are “nanoglobules,” tiny balls made of lipids and proteins. Once the slime hits the target, it’s over fast: The movement of the struggling prey, such as beetles and termites, causes the globules to harden into fibers as strong as nylon, creating a netlike trap that immobilizes the unlucky insect.

Remarkably, the ball-to-fiber process appears reversible, but researchers at the University of Kassel in Germany are still working to understand it. If they succeed, the sticky secretions could inspire future polymer fabrication.

[This story originally appeared in print as "Velvet Death Trap."]