The population of American shad rebounded in the 1990s but is again on the wane. 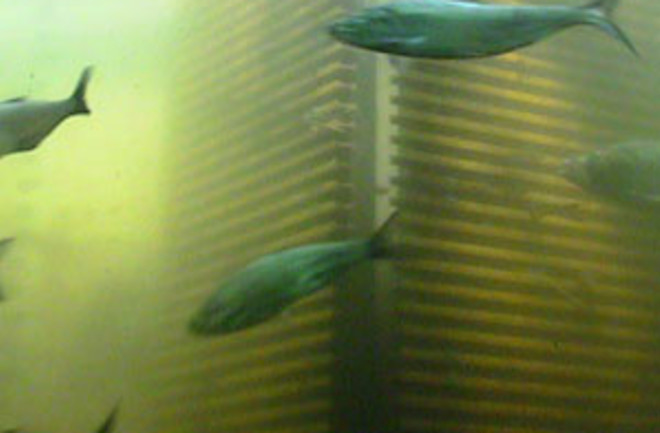 Shad at the Cnowingo Dam on the Susquehanna River in Maryland. | Bob A. Sadzinski

This month American shad conclude their long journey from oceans to river spawning grounds. Or so conservationists hope. A four-year assessment concluded in 2007 that this iconic Atlantic Coast native was at its lowest abundance ever, and the decline continued last year.

Shad have faced threats before. Over­fishing, pollution, and the blocking of spawning grounds by dams once devastated their populations. Then, in the early 1990s, cleaner rivers, fish ladders, and fry from hatcheries spurred a recovery that looked promising. But biologists monitoring shad with electrofishing surveys (using an electric current to briefly stun fish so they can be counted) and fish-passage tallies report that the species has been on the wane again in recent years.

“Shad are continuing a downward trend that began around 2000,” says Michael Hendricks, a fisheries biologist who leads the Anadromous Fish Restoration Unit at the Pennsylvania Fish and Boat Commission. Offshore fishing for herring, mackerel, and other species could contribute to the problem, since young shad may be taken as bycatch. Observers in offshore operations are studying this threat.

Meanwhile, researchers at the Woods Hole Oceanographic Institution and the SUNY College of Environmental Science and Forestry are examining shad otoliths, or ear bones, which provide a detailed history of a fish’s travels that can be matched to local river chemistry. This could help identify important spawning grounds to designate for protection and restoration. “Restoring shad populations to levels seen during Colonial times is probably not possible,” Hendricks says. But researchers hope this fish—which carries crucial nutrients from the ocean to rivers and serves as food for bass, bluefish, and predatory birds—can make a recovery once more.