As the the latest Landsat Earth-observing spacecraft roared off the launchpad, a weather satellite was watching from 22,400 miles away. 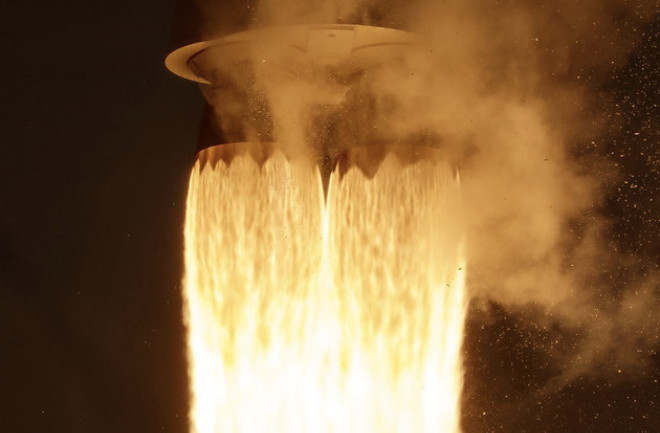 An Atlas V rocket with the Landsat 9 satellite onboard roared off the launchpad on Monday, Sept. 27, 2021, from Vandenberg Space Force Base in California. The Landsat 9 satellite is a joint NASA/U.S. Geological Survey mission that will continue the legacy of monitoring Earth’s land and coastal regions. (Credit: NASA/Bill Ingalls)

For 50 years, Landsat satellites have been observing the accelerating changes to our planet, returning many millions of images of the land and coastlines.

On September 27th, the latest in the Landsat family, Landsat 9, was successfully launched into orbit.

As the Atlas V rocket roared to life, carrying Landsat 9 upward on a column of fire, the GOES-17 weather satellite was watching from its geostationary perch 22,400 miles away. Here's what it saw:

The first Landsat satellite launched in 1972. Since then, successive generations of Landsat spacecraft have been collecting images that have allowed scientists to monitor agricultural productivity, forest extent and health, water quality, coral reef habitat health, the shrinking of glaciers, ice sheets and sea ice, and other aspects of our planet's dynamic surface.

Landsat 9 is joining its sister satellite, Landsat 8, in orbit. They will work together, collecting images that will span all of planet Earth every eight days.

To learn more about Landsat, and access some of its 50 years of imagery, go here.