A Request For The Design Hive Mind: Vote For A Tangled Bank Book Cover

[Update 4:30 pm: I left off one of the covers (Tiktaalik3) from the original poll. You can re-vote now.] Greetings, readers. I write to you from that frenzy towards the end of writing a book when everything has to be done at once and the sight of the incoming pincers makes me freeze like a deer in the...pincers. See, I can't even come up with a good metaphor right now. As some of you may recall, I'm writing a non-majors textbook called The Tangled Bank: An Introduction to Evolution. The book includes the nuts and bolts of selection and drift, along with the origin of complex traits, coevolution, sex (lots of sex), medicine, human behavior (and nonhuman), and the fearsome hand of extinction. It's going to be heavily laden with cool examples from recent years, from E. coli that break all the rules to kinky ducks. If all goes according to plan, it should be out in time this fall for the 150th anniversary of the publication of The Origin of Species (but, of course, you can pre-order right now). Right now, I'm signing off on the final proofs for the book and wishing that all scientists would agree to a moratorium on the publication of any interesting new research on evolution for, say, the next two years. And I'm also trying to decide on a cover. I always find this an agonizing process, perhaps because I'm not in touch with my inner designer. So I'd love to get your opinion. Take a look at these eight covers and then vote at the bottom of the post for the one you like. My goal with this book has been to create something that will not only serve well as a textbook but will also be a good read for anyone who wants to get a handle on evolution in the twenty-first century. So I want to avoid a cover that's too textbooky. (Note that the final covers will, of course, not be watermarked) The first two (Whale1 and Whale2) are paintings by Carl Buell of Ambulocetus, an ancient relative of today's whales and dolphins. The next three (Tiktaalik1-3) are also by Buell. These are of Tiktaalik, a species that lived during the emergence of four-legged land vertebrates from fish. The last is of a wasp that has been fooled by an Australian orchid into thinking the flower is a female wasp--fooled so far as to actually complete the full act of wasp love. With a vague invertebrate sense of dissatisfaction, the wasp flies off, carrying orchid pollen, which it will deposit on its next bad date. It's a great story (which I describe at length in the book), but you wouldn't be able to guess it from this lovely photo. 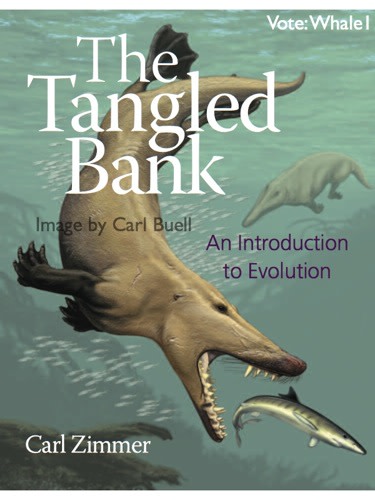 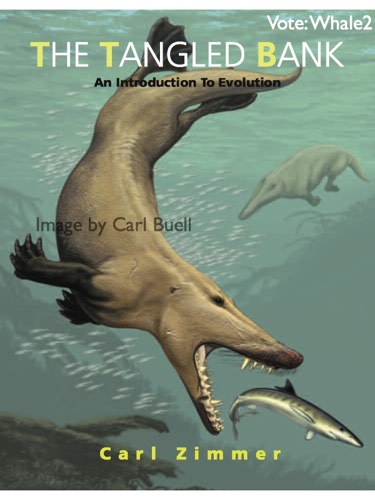 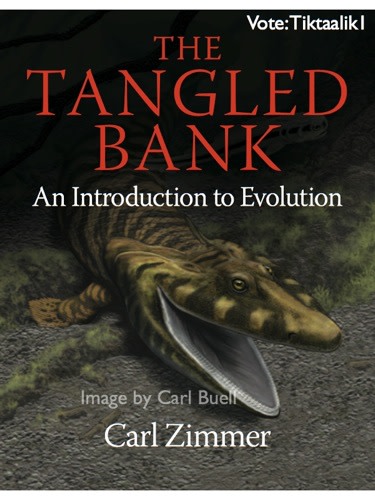 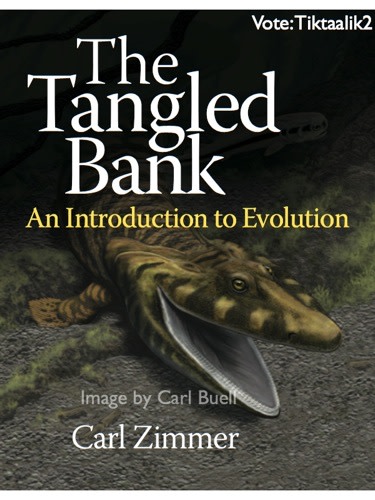 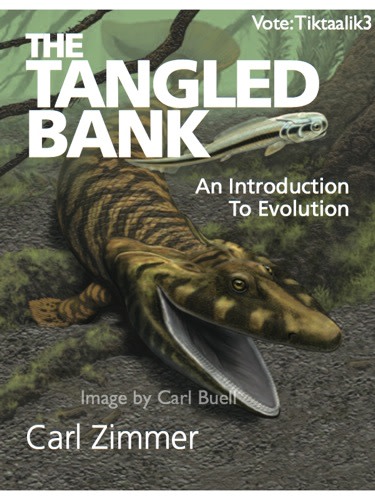 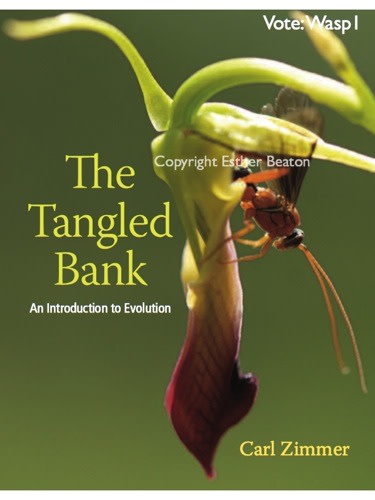 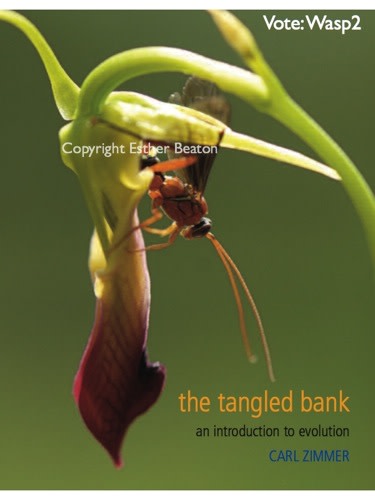 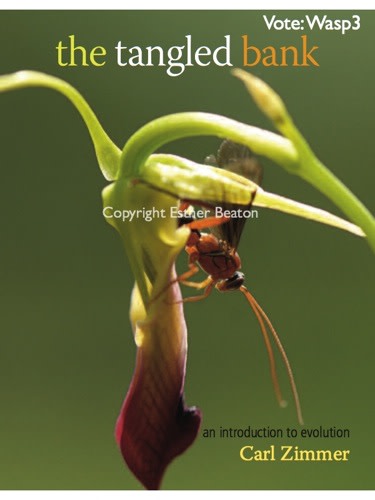