The Tangled Bank: An Introduction to Evolution 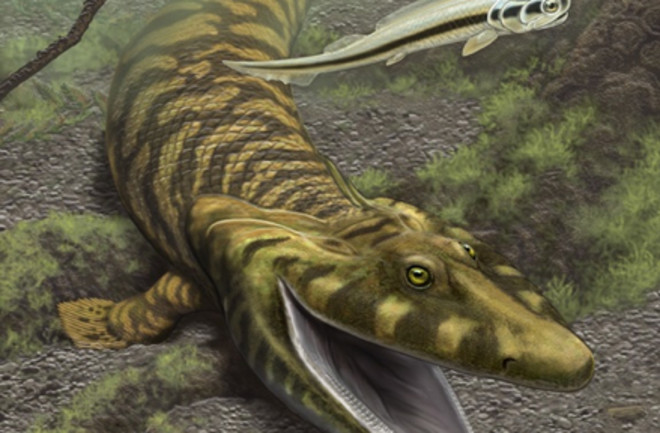 This week of all things Darwin seemed like a good time to share some news about a project I've been working on for the past few months. It's a book called The Tangled Bank: An Introduction to Evolution. The inspiration for the book came from a conversation I had last year with the folks at Roberts & Company, a publishing company. They had noticed a growing number of classes about evolution for non-biology-majors, and asked if I'd be interested in writing a textbook for them. I was excited by the prospect of being able to bring together the things I've learned and written about over the past few years, as evolutionary biologists have made a string of surprising new advances in understanding the history of life (many of which I've written about here at the Loom). In the book, I describe the fundamentals of evolution, such as natural selection, genetic drift, the origin of new species, and extinction. I also take a look at the emergence of new complex traits and body plans, the forces driving the rise and fall of biodiversity, and the coevolution of mutualists and parasites. I consider the growing field of evolutionary medicine, and survey the evolution of behavior--from swarming microbes to hypersocial humans. And at every opportunity, I describe the work of living, breathing scientists, from the paleontologists who search the Australian outback for the oldest signs of life on Earth to biologists who track the sexual arms race and bizarre genitalia of ducks. Rather than fall back on the same examples that seem to have been circulating for fifty years, I've focused on new research whenever possible. There's no reason non-majors--or anyone else who wants to get up to speed on evolution--can't share in the excitement of twenty-first-century evolultionary biology. I've been helped enormously by the scientists who have looked over my descriptions of their work, as well as a number of other scientists who have reviewed large chunks of the book. I feel particularly fortunate to have a great team of scientific advisors who have offered wise counsel on the entire manuscript: Joel Kingsolver of the University of North Carolina, Kevin Padian of the University of California at Berkeley, Greg Wray of Duke, and Marlene Zuk of the University of California at Riverside. And I'm also happy to report that the book is going to look great. I'm now working with the art team to cram it with photographs, diagrams, and paintings. The wonderful illustrator Carl Buell worked with me on my first book, At the Water's Edge, producing lovely pen and ink drawings. Now we're back together--and this time in color. The picture here is one of the pieces he's done for the book: a portrait of Tiktaalik, an ancient fish with feet-like fins. The book will be available in a few months--well before the 150th anniversary of the Origin of Species in November. But if you want to reserve a copy, Amazon already has a page up. I'll have more details on the book as its publication approaches.