Here's how a mountain-sized rock just below the coast of southern Japan may have been the source for disastrous earthquakes. 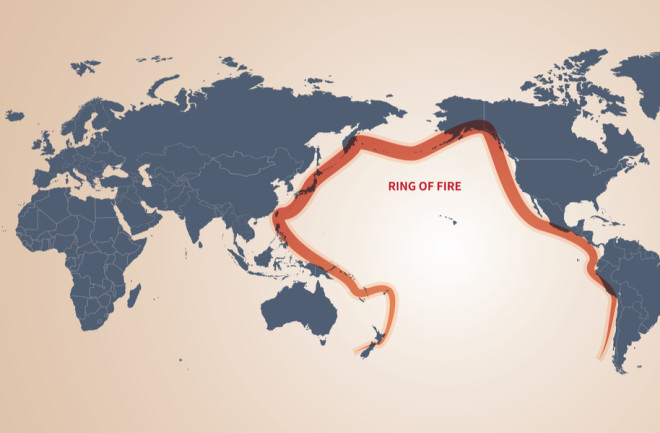 Over the last decade, Japan has been hit with more than 27 major earthquakes measuring at least a lower 6 on the country’s seismic intensity scale. While scientists and researchers have been scrambling to find why the region stands on such shaky ground, a recent study has provided a glimmer of hope.

Researchers from the University of Texas believe they have found the culprit: a mountain-sized mass of igneous rock just beneath the coast of southern Japan. The mass, known as Kumano Pluton, was first discovered in 2006 . However, the details remained a mystery until now.

Recent findings reveal the mass has been acting as a magnet for earthquakes in the area. What does this discovery mean for the future of this vulnerable region? Let’s take a closer look.

The beautiful island country of Japan falls along the Pacific Ring of Fire, a region that's as deadly as it sounds. Shaped like a long horseshoe, the Ring of Fire spreads across the edges of the Pacific Ocean and houses some of the most active volcanoes and earthquakes in the world. The region’s shaky nature is largely due to its location along plate boundaries. Essentially, plate boundaries are the edges where two slabs of rocks called tectonic plates meet. When these slabs of rock move or shift, it can lead to a very unsteady environment that gives rise to volcanoes and earthquakes.

Japan’s position along the Ring of Fire was not a secret to scientists and researchers.  However, one specific region in southwest Japan stood out – the Nankai subduction zone. The zone experienced enormous numbers of earthquakes relative to other areas, making the area of special interest to researchers. When the Kumano Pluton was discovered, it was found in the Nankai subduction zone through seismic imaging. The imaging indicated there was a mass of different density to the surrounding rock just off the coast of southern Japan – picture a mountain-sized slab of solidified rock deep within the Pacific Ocean.

Initially, the discovery didn’t lead to any concrete answers on what could be causing numerous earthquakes in the region. Now, after two decades of analyzing seismic data from the Nankai subduction zone, scientists are able to fully visualize the destructive structure through a full, high-resolution model of the rock.

How does a mountain-sized mass act as a magnet for megaquakes? The answer was uncovered when a team of University of Texas-led experts used a supercomputer to sift more than 20 years of data and located the Kumano Pluton between 3 to 12 miles (4.8 to 19.3 kilometers) below the coast of southern Japan. The study indicates the giant rock may have been re-routing tectonic energy to several points on its sides. This, combined with the new images of the ​​Kumano Pluton that reveal how dense and rigid the rock is, shows us how this massive structure was responsible for mass destruction.

Between 1944 and 1946, megaquakes with magnitudes higher than 8 occurred just along the sides of the Kumano Pluton. While earthquakes are common in this region, the threat of a massive megaquake still haunts the Nankai subduction zone.

Luckily, geophysicist Shuichi Kodaira of the Japan Agency for Marine-Earth Science and Technology in Japan notes that this discovery could aid in future earthquake prevention efforts. "We cannot predict exactly when, where, or how large future earthquakes will be, but by combining our model with monitoring data, we can begin estimating near-future processes," said Kodaira in a press release. "That will provide very important data for the Japanese public to prepare for the next big earthquake."

The discovery of this mountain-sized mass shows how little we know about pieces of Earth that cause such massive destruction. But with the right tools, we can have a shot at stabilizing a shaky disaster.