A Geologist Witnesses Firsthand the Processes that Shaped Half Dome

A geologist’s experience reveals how Yosemite National Park’s Half Dome gets its shape. 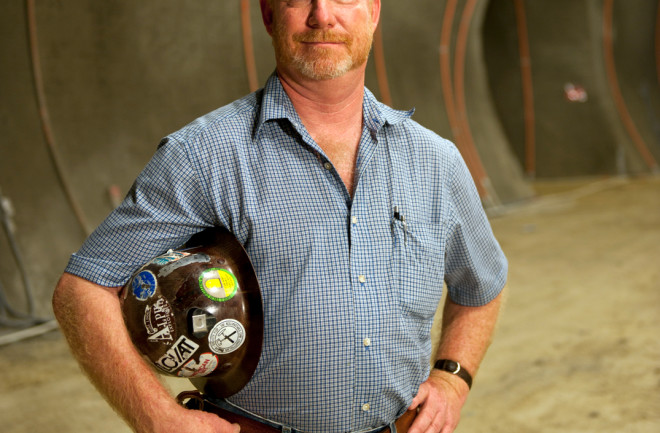 At Yosemite National Park in California, granitelike towers loom over the park’s main valley. But one monolith stands out: Half Dome, which, with its curved, peeling layers, looks a bit like an onion. Until recently, experts weren’t sure what caused these layers to peel and fracture, but new research in the journal Nature Communications suggests hot days are to blame. High temps cause the stone to expand and sometimes fracture into layers. The event that helped inspire the Nature Communications paper came after a hot summer’s day at a different, much smaller dome near Yosemite. There, Scott Lewis, an engineering geologist and one of the paper’s authors, went to assess a dam damaged by such a fracturing event. On site, he witnessed something few ever have.

Myself and two of my colleagues went up to see what was going on. There were a number of cracks on this granite dome, and there was a crack in the dam; we were all discussing what the repairs might be and that sort of thing. One of the guys said, “Hey, besides these cracks up on top of the dome, we noticed there are some cracks down there on the side.”

A still from a video captured as Scott Lewis' team investigated a fracturing event near Yosemite. Courtesy of Condor Earth

The dome is flat on top, and it steepens on the sides that go down to a creek, about 50 feet from the dome’s top. There was a little ledge, 5 feet above the creek level or so. So the three of us went down on this ledge. I leaned down to put my eyeball in front of the crack, and, just as I did, a second cracking event occurred. I’ve been around a lot of blasting, and this was a big blast. It was really loud, and very, very guttural. It was a very strong, almost-explosive type of event; it blew air and dust into my eye, but I was OK.

And then we looked up, and we could see dust and pieces of rock flying in the air up above us. My first thought was, “Get the heck out of here.” We didn’t wanna get squished by rocks. We skedaddled out of there as fast as we could.

We got up on top, and the rock was under significant strain, and it was actually popping and cracking and making noise, and little pieces were popping off above us. It was exciting — it was pretty much geology in action.

[This article originally appeared in print as "Eyewitness to Geology"]