A Brush With a Feathered Foe

How one researcher narrowly escaped a nasty face-off. 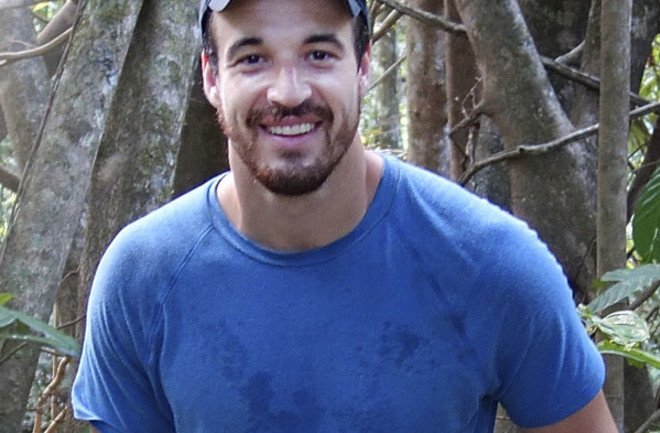 Sign up for our email newsletter for the latest science news
The cassowary is one of the world's most dangerous birds.

A researcher investigating how the stress levels of people in non-industrialized societies differ from those of modern Americans found himself in a different kind of stressful situation when he came face-to-face with a killer.

Biological anthropologist Samuel Urlacher left the urban jungle of Boston, where he was a graduate student at Harvard University, for the actual jungle of Papua New Guinea. Since 2013, he’s worked among the Garisakang, an isolated clan of about 500 foragers and garden-scale farmers living in tropical villages without electricity or running water. Urlacher, now a postdoctoral fellow at Hunter College in New York, has collected more than 1,600 saliva samples in order to measure the stress hormone cortisol.

But sometimes, fieldwork has its surprises. Like the day Urlacher crossed paths with a cassowary, one of the world’s most dangerous birds. At least 5 feet tall and flightless, cassowaries can sprint at 31 mph — “faster than Usain Bolt,” Urlacher says — and deliver fatal slashes with their daggerlike middle talons. There have been at least 150 recorded cases of the creature attacking people — with at least one of those ending with someone dead.

Urlacher describes the encounter, which occurred as he and his local guide, Mulapa, were hiking from his research village to a neighboring community that was interested in his work.

In his own words:

"We are carrying machetes. Mulapa is ahead of me, and we’re walking down the trail. We hear something coming from the other direction on the trail. It’s big, making a lot of noise and sounds like it has two legs. So I’m expecting a human to come out. But all of a sudden, trotting directly toward us appears this huge, fully grown adult cassowary. It’s taller than I am and probably 120 or 130 pounds.

I’ve spent quite a bit of time now in Papua New Guinea, but I’m still not used to huge birds running at me. It takes me a couple of seconds before I realize, “Oh, this is what’s happening.” And by the time I realize what is going on, Mulapa has dropped his machete and is climbing up a tree in front of me. I think I shout a couple of choice words and then drop my machete and start climbing as fast as I can, too, up the tree next to me.

I’ve only gotten up maybe a few feet when it’s right on me. But fortunately, it then turns away and veers off the trail a little bit, and just stares at us. Then it walks off, and we’re safe.

It could have been a very bad story had it decided to actually get me. So we survived, laughed about it, then picked up our machetes and moved on."