This octopus species has the longest known brooding period of any animal. 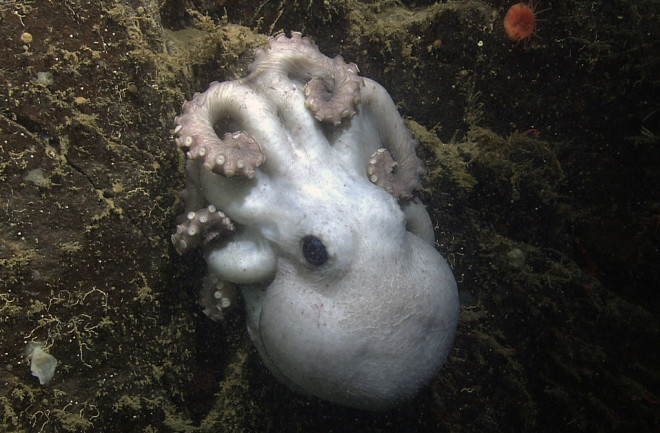 This octopus, seen here in 2007, kept her brood free of silt and fended off predators for 4 ½ years. Monterey Bay Aquarium Research Institute

Nine months feels like an eternity to welcome a bundle of joy, but could you imagine 4 ½ years? That was the reality for one female octopus, Graneledone boreopacifica, and it’s the longest known brooding period of any animal, reported biologists from the Monterey Bay Aquarium Research Institute in July.

In 2007, researchers spotted the octo-mom in deep, frigid waters off California’s coast. They returned 18 times, only to find the pale, famished mother right where they left her.

Researchers believe that when the brood finally hatched, the mother died — a typical fate for new octopus mothers.

The offspring hatched in 2011, leaving behind these egg cases. They were so well developed, they could already swim and hunt. Monterey Bay Aquarium Research Institute
1 free article left
Want More? Get unlimited access for as low as $1.99/month
Subscribe