This giant rodent weighed as much as a compact car. 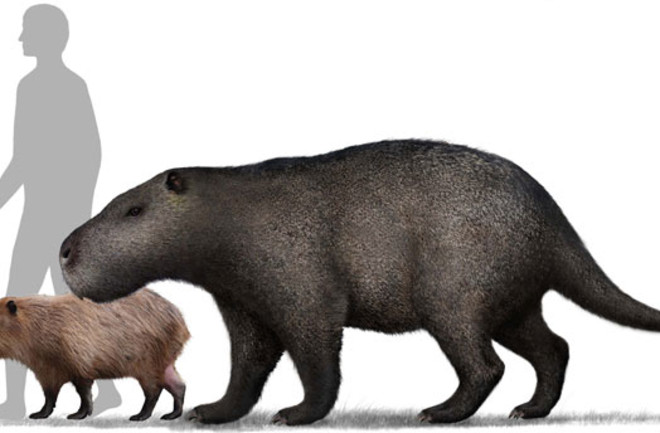 A 4-million-year-old rat skull found at a coastal site in Uruguay set a new world record in the giant rodent category. The 21-inch-long skull is likely to have belonged to a creature as large as a bull and as heavy as a small car, according to researchers’ estimates. The previous record holder was a 1,500-pound, 8-million-year-old guinea pig discovered in Venezuela a few years ago.

Ernesto Blanco, a paleontologist at the University of the Republic in Montevideo, Uruguay, says that the new champion rat, Josephoartigasia monesi, lived in forests near river deltas or estuaries and roamed around South America among saber-toothed marsupial tigers and huge, flightless, carnivorous birds. Blanco surmises that because of its small teeth and weak jaw, the rat probably survived on vegetables and fruit. Its fate was sealed about 3 million years ago when the continent of South America hooked up to North America via the Panama land bridge. That connection probably allowed predatory cats and bears from North America to extend their range and wipe out the gentle giant.