74. How Baleen Whales Got So Big

A newly discovered organ may explain the animal's enormity. 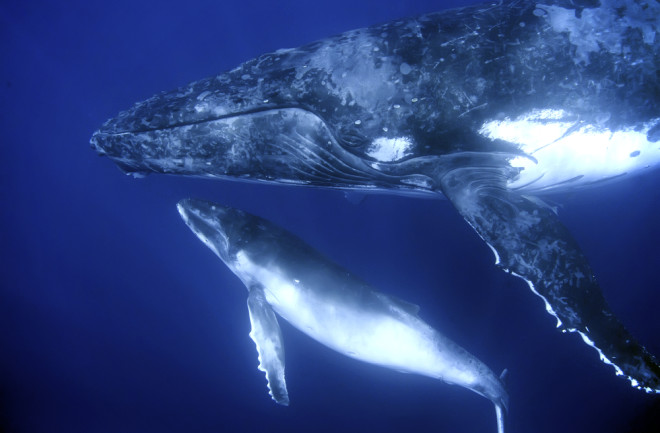 A new sensory organ found inside the jaws of certain baleen whales may explain how they became the largest animals on Earth. The organ seems to help blue and humpback whales coordinate the movements of their giant mouths. The gel-filled organ, as yet unnamed, fits in a squishy cavity inside the tip of the lower jaw, where the jawbones converge and link to cartilage that branches into the whale’s accordion-like throat. About the size of a basketball in a blue whale, the organ senses pressure, movement, and vibration, and sends this information to the brain to coordinate so-called lunge feeding. That eating method, unique to a group of baleen whales known as rorquals, involves gulping a volume of water roughly equal to the whale’s whole body into its expandable throat. The animals then filter out krill and other tiny fish morsels.

To make the discovery, announced in May, researchers led by Nicholas Pyenson of the Smithsonian Institution collected tissue samples from whale carcasses during a legal commercial whaling operation in Iceland. The scientists are now starting to investigate exactly how the organ aided rorquals in scoring enough food to reach and sustain their immense size.