Early humans were able to plan and knew more about chemistry than we'd thought. 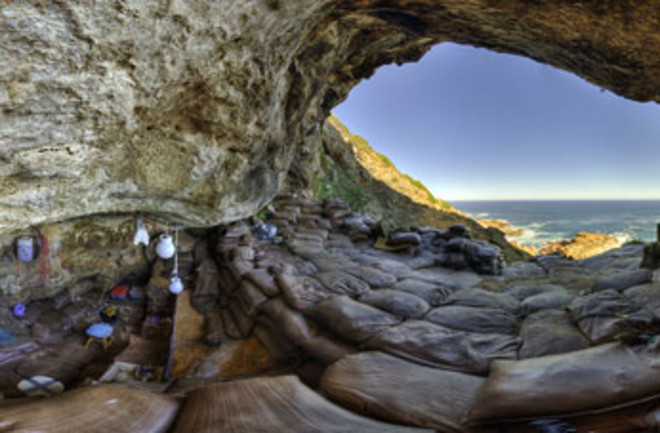 Archaeologists revealed last year that a cave with a spectacular view of the Indian Ocean is home to the world’s oldest known art studio. While digging in a thin sand layer in South Africa’s Blombos cave, an international team discovered two tool kits used by Stone Age artists 100,000 years ago. The kits included a pair of abalone shells holding paint made from a red dirt known as ocher. Near the prehistoric paint palettes, the archaeologists found stone tools that had been tailored to prepare the ocher mixture, as well as shaped pieces of bone that may have been used to apply the pigment.

The Blombos finds demonstrate that early modern humans were capable of complicated, long-range planning and had achieved a basic grasp of chemistry earlier than previously suspected. “They added charcoal and a liquid, possibly urine, to the mixture, so they knew how to combine substances and were able to experiment,” says archaeologist Christopher Henshilwood of the University of Bergen in Norway, who led the study. “They had to have a recipe for the paint,” he adds, suggesting that these early artists had cognitive abilities similar to ours. Henshilwood speculates the Blombos artists were decorating artifacts or their own skin. If they made any paintings on the cave walls 100,000 years ago, calcium carbonate deposits would have obscured them, so the team plans to beam X-rays through the layers to see if our ancestors left traces of loftier artistic ambitions.