5 Questions for the Woman Who Tracks Our DNA Footprints 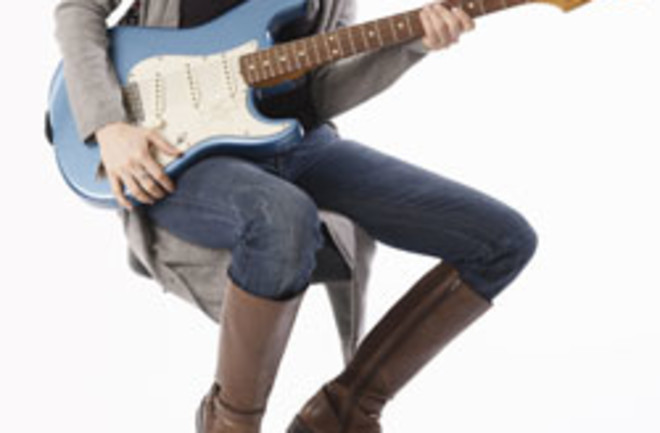 On the eve of revolution in 1978, Pardis Sabeti’s (video interviews here) family fled Iran for the United States. Sabeti has embraced change ever since. A crucial pivot came when, en route to medical school, she instead took a Rhodes Scholarship, studying evolutionary genetics (and learning to relax by playing guitar). “I thought I was just passing time on the way to my real life,” she says. But today she blends her interests in health and evolution, tracking mutations in pathogens and their human hosts.

Your career started with a stumble, didn’t it? I flunked my qualifying exam in the early phase of my Ph.D. The professors said I had no business in science. But I embrace failure. It sharpens your focus.

How did that lead to the central discovery of your career? I strengthened my resolve to prove my work worthy. At the time, I was seeking evidence that human resistance to malaria had evolved relatively recently, within the last 10,000 years. Ultimately I developed a mathematical formula to find signals of recent adaptation by looking for regions of low diversity in the human genome: The longer a mutation has been there, the more diverse the code.

Haven’t ancestry experts been tracking mutations for years? Standard studies look for a trait like blond hair and find regions in the genome where people with blond hair differ from others. We mine the genomes of a random set of individuals, looking for identical patterns signifying a trait has emerged and spread in the recent past. It’s like looking at footprints backward in time.

What else have you found? More than 100 mutations representing such adaptations as the evolution of lactose tolerance and changes in skin pigmentation. In West Africa we are studying a gene called LARGE, which we hypothesize mutated to help us resist the deadly virus that causes Lassa fever. Mimicking changes caused by LARGE could pave the way for treatments.

Why is music so important to you?Nine Inch Nails got me through my Ph.D. Fischerspooner got me through my med school boards. It comes from a motivated, emotional place. Writing music is a journey. You get closer to the song’s fruition and then farther away, then closer again. The same process applies on the path to a scientific breakthrough.