5 Questions for the Woman Who Found Somalia's History

After Sada Mire returned to her homeland, she found archaeological treasures that hadn't been seen in thousands of years. 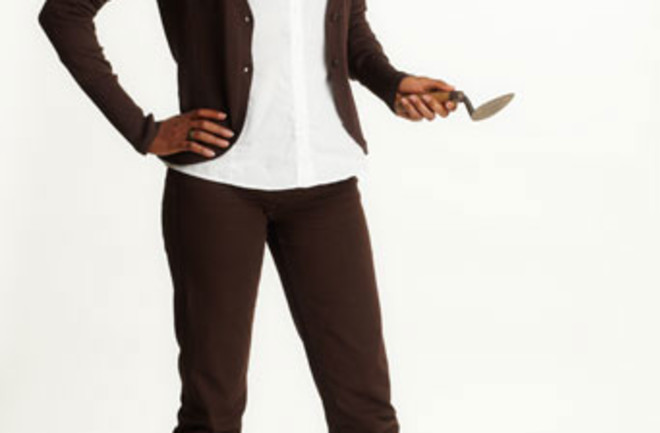 When Sada Mire was just 12, her father, a Somali police official, was executed by the country’s brutal Barre regime, which saw him as a political threat. In 1991 she fled Somalia, reuniting with family in Sweden and eventually pursuing graduate studies in England. But while working on her Ph.D. in archaeology from University College London, Mire’s academic interests drew her back to Africa. She returned to her homeland for the first time in 16 years to carry out research in Somaliland—a relatively peaceful, self-declared state in the northwestern part of Somalia—where she discovered several prehistoric rock art sites. In 2007 she was named Somaliland’s Director of Antiquities. Mire hopes to spur interest in the region’s cultural heritage, using the past to foster peace and understanding among her people today.

You are the world’s only active Somali archaeologist. How did you become interested in this career? When I was a refugee, I studied Scandinavian archaeology because I wanted to understand my new surroundings. After learning about European culture, I became interested in my own past.

What do you consider to be the most important ancient site in Somaliland?From an archaeological standpoint, I would pick Laas Geel, a well- preserved 10,000-year-old cave art site that is one of the oldest in Africa. The images in the cave are mainly cows painted with big udders, apparently to symbolize fertility. The cows are shown being worshiped by human figures wearing painted hides, who are perhaps idols themselves.

What challenges do you face in building Somaliland’s Department of Tourism and Archaeology from the ground up?Looting and uncontrolled development are major threats to the local sites. I have seen archaeology cause conflict when it is used for political and religious purposes, but I want to help Somalis understand their past and accept different people, religions, and cultures.

And you have recently discovered a major ancient site in Somaliland?Yes. Dhambalin is a rock art site in the desert, about 20 miles from the Red Sea, where there are 5,000-year-old paintings of animals in red, green, pink, white, brown, yellow, and black. It’s the only site in the region decorated with images of sheep, along with antelope and ibex. Those animals haven’t lived there in many years, so the paintings reveal an environment that was once more hospitable than today’s desert.

What was it like being one of the first people in thousands of years to see the rock art of Dhambalin?It was an incredible feeling just to stand in front of the paintings. Then I lay down to take photos and heard a snake breathing in my ear. My assistant told me he was thinking how he would cut off my arm, leg, or wherever to stop the poison if it attacked. I believe he would have done it. I didn’t tell my mother.