And why you should probably never meet some of them. 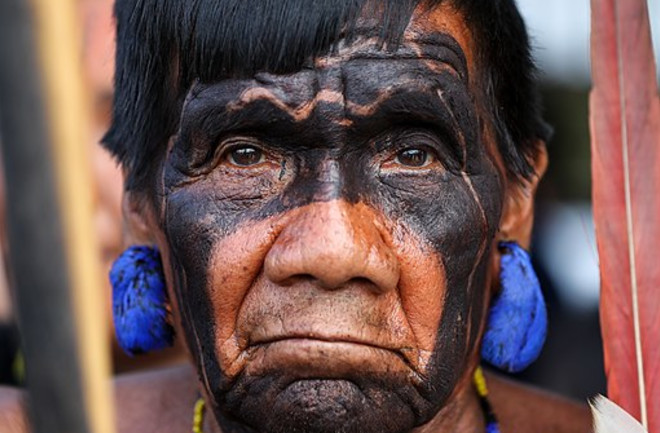 In an age defined by global connectivity, it’s easy to forget that many people around the world avoid or actively resist that connectivity. These Indigenous groups are referred to as uncontacted: They eschew interaction with neighboring tribes, other countries, and the outside world in general — sometimes vehemently so.

Too often, however, the outside world insists on interfering, and in the process threatening the lands, culture and lives of Indigenous people. Survival International, a nonprofit devoted to championing the lives and rights of tribal peoples around the world, estimates that more than 100 uncontacted tribes exist today (although that number could be much higher). Here are just some of the most isolated people on the planet:

Frequently dubbed “the most isolated people in the world” by the media, the inhabitants of North Sentinel Island in the Bay of Bengal are intensely reclusive and known to respond violently to visitors to the island. Although referred to as Sentinelese or North Sentinel Islanders, we don’t know what they call themselves; their language is unknown to outsiders, even to the Andaman tribes on neighboring islands to whom they are related. Estimates typically put the Sentinelese population at 50 to 200 people, and they support their numbers with a hunter-gatherer lifestyle: building canoes for fishing and crabbing, and hunting small game with bows, arrows and spears. Since the 1950s, the Indian government has declared the island off-limits and strictly prohibits visitors, for the safety of all concerned. The Sentinelese, like so many isolated Indigenous people, are vulnerable to many diseases that a visitor might introduce. Visitors in turn are vulnerable to arrows, which the Sentinelese are known to shoot at approaching boats, helicopters and people. The island made headlines around the world in 2018 when an American missionary traveled there illegally. He was killed soon after by members of the tribe.

There may yet be more than 40 uncontacted tribes in Papua New Guinea. Sometimes associated with practices like cannibalism and head-hunting, these communities mostly live a hunter-gatherer lifestyle while maintaining extremely limited contact with the outside world. But it doesn’t always work out. For example: The Yaifo tribe generally avoided contact with the outsiders until one British explorer generated a lot of buzz by going missing during an expedition to contact them. (He was fine.) For centuries, the Korowai tribe remained not merely uncontacted, but completely unknown to Western anthropologists, who first encountered them in the 1970s. As with many Indigenous groups, the uncontacted of Papua New Guinea face numerous threats including unchecked tourism, military aggression, and the threat of mining and logging interests on their lands.

The Yanomami Reserve occupies a space bigger than some small countries — nearly 10 million hectares (about 24 million acres). Within this vast domain live the Moxihatetema, an isolated tribe of approximately 100 people that have chosen to separate themselves from outside contact, even from other Yanomami tribes. Aerial photos taken in 2016 suggest the tribe is thriving and may even have expanded. However, the Moxihatetema are exposed to the same grave external threat as their Yanomami relatives: illegal gold-miners, whose operations wreak environmental havoc in the ecosystem of the reserve, and whose contact with Indigenous tribes has sometimes been bloody.

The Peruvian Amazon is home to several uncontacted tribes, including the so-called Mashco-Piro, for decades considered among the last of these communities. In recent years, however, some of the estimated 600-800 members of this tribe have begun reaching out to outsiders, signaling river travelers, and appearing at government checkpoints, asking for food or other assistance. Increasingly, the Mashco-Piro and other Indigenous tribes in the Amazon are under threat from illegal logging operations on their lands, as well as sometimes fatal clashes with drug runners. The name Mascho-Piro is one you should never utter in the presence of these people, by the way. It’s derogatory — mascho means savage in a local dialect. Nomole, with a meaning similar to kin or relative, is the preferred term.

Branches of this South American people are considered the last uncontacted Indigenous groups in the Americas outside the Amazon basin. The Ayoreo are native to the Gran Chaco, a massive forest which also suffers from some of the fastest deforestation rates in the world. As with the Mashco-Piro and other reclusive tribes, much of their ancestral land has succumbed to the depredations of logging, grazing and construction interests. After years of avoiding outsiders, a group of Ayoreo made outside contact in 2004, apparently fleeing bulldozers that razed their homes. For decades, tribal leaders have been working with human rights organizations to win back ownership of their lands. But progress, unlike the bulldozers, has been slow.