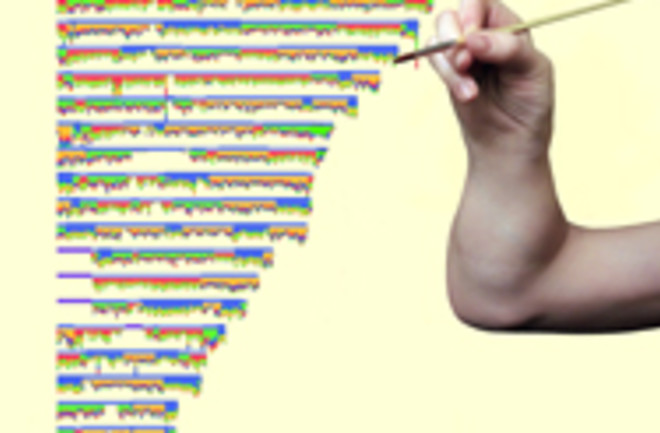 A decade ago, sequencing the dna in a person’s entire genome cost up to $1 billion, a price so prohibitive that only a few genetics pioneers had the honor of having it done. In 2010 the cost per genome tumbled to less than $10,000, making it possible to study dna variations within a single family. Almost immediately such familial genome sequencing proved its value, uncovering mutations responsible for diseases caused by defects in a single gene. “There are literally hundreds, if not thousands, of diseases falling into this category. This approach will allow us to very quickly find the genetic culprit,” says Leroy Hood, a geneticist at the Institute for Systems Biology in Seattle.

Earlier efforts to hunt down disease-causing genes—so-called genomewide association studies—frequently came up empty-handed because medical researchers had to take cost-saving shortcuts. Instead of trolling an individual’s entire genome, they limited their search to dna regions where variations are most often seen across large populations. “It was assumed that common variants might be responsible for common diseases, but many diseases turn out to have many different rare variants at their root,” says James Lupski, a medical geneticist at Baylor College of Medicine in Houston. “That’s why the power of whole-genome sequencing blows us away. It’s the only way we can get at these rare variants.”

Lupski himself suffers from Charcot-Marie-Tooth neuropathy, a rare hereditary disorder that reduces sensation in the limbs. Although neither of his parents had the condition, three of his seven siblings are also affected by it. “For 20 years we’ve been looking for the gene and mutation behind my family’s neuropathy, but we never found the variant,” he says. Then, in 2010, collaborating with his colleague Richard Gibbs and other Baylor geneticists, Lupski sequenced his own genome —and “Boom! We found it,” he says. (Each of his parents, it turns out, carried a different recessive mutation of the same gene. Consequently, only their children who inherited one from each parent developed the disorder.)

Other groups are finding similar success with whole-genome sequencing. A 2010 study led by Hood in collaboration with the University of Washington and the University of Utah sequenced the entire genomes of four family members. The mother and father were healthy, but their son and daughter both suffered from a rare hereditary disorder called Miller syndrome, which causes craniofacial deformation. The gene responsible was unknown until Hood’s team identified a recessive gene inherited from both parents. If you could diagnose the disease in utero, you might be able to provide preventive drugs before symptoms appeared, Hood says.

Still unclear is whether whole-genome sequencing will work as well at identifying the culprits for cancer, heart disease, and other disorders believed to involve multiple genes rather than a single mutation. Progress may be slower on that front, Duke University geneticist David Goldstein says. But even when the genetic mechanism is more complex, he adds, the new approach might yield insights into underlying disease processes that could pave the way for more finely targeted treatments.