5 Ancient Cities That No Longer Exist

These bustling metropolises once stood as crowning jewels of their civilizations. Today, only ruins remain. 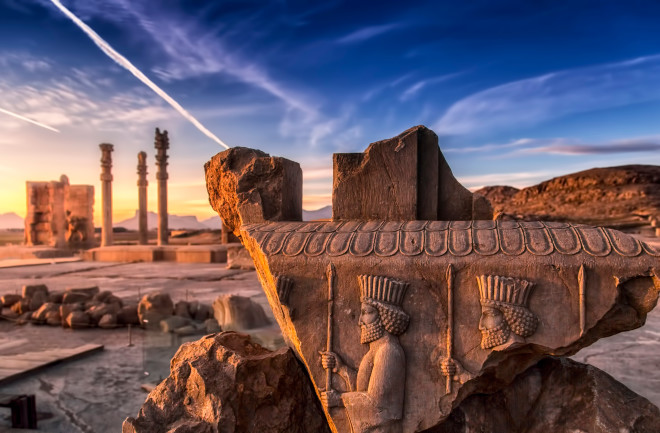 It seems implausible that an entire city could cease to exist. A sophisticated metropolis of art, architecture, kings, queens, food and farmland could thrive for centuries, and then suddenly, for sometimes mysterious reasons, be lost to the hands of time. But thanks to archeologists, losing a city completely (unless you’re Atlantis) is harder than ever before. And now researchers are often able to unlock the day-to-day magic that shaped some of the world’s most enlightened ancient cities.

At around noon on August 24, A.D. 79, the thriving city of Pompeii near present day Naples, Italy, was buried under the poisonous gases and molten rubble of Mount Vesuvius. The city is one of the most important archeological sites in the world because layers of ash precisely preserved the once-lively city — and its inhabitants — beneath. But for Caitlín E. Barrett, an archeologist with Cornell University who’s spent time excavating at several sites in Pompeii, the remains mostly teach us about our own humanity. Nearly 2,000 bodies have been found in ancient Pompeii, often in the midst of their final struggles for life. “These are visceral reminders, not just of the pain of their final moments, but also of their basic humanity,” says Barrett.

But before the death and destruction of that horrifying day, Barrett says that Pompeii would have been a bustling, wealthy city to call home. She’s currently working with a team to excavate the gardens surrounding a Pompeiian home. Barrett says this is important to uncovering daily life in the ancient city because the gardens were both a “place of production and a place of recreation.” Soil samples show grape and olive plants were often cultivated at the site likely by skilled slaves. The city was also known for being particularly cosmopolitan with residents that may have traveled to Egypt on holidays, which, says Barrett, is depicted in elaborate mosaics inside wealthy Pompeiian homes.

Located in southwestern Iran, the ancient city of Persepolis was founded in 518 B.C. by Darius the Great, known as one of the most important rulers of the Achaemenid Dynasty. A palatial masterpiece in the middle of the desert, this great Persian empire was elaborately constructed using slender columns that supported high ceilings with huge sculpted bulls (considered the symbol of god) carved into its beams. But perhaps it’s most enduring achievement was its underground irrigation system called the qanat. Much of the success of the empire is due, according to experts, to thoughtful water management. In fact, the qanat is still in use today. But sadly, the city was burned to the ground in 330 B.C. when Alexander the Great captured and destroyed it.

Between A.D. 550 and 1281 in the southwestern deserts of present day Colorado, a robust population of over 3,000 ancestral Puebloans carved some of the most intricate cliff dwellings found in North America. The structures within range in size from one to 150 rooms, and housed this group of largely subsistence farmers. The dwellings and architecture of these fine stone homes would still be considered impressive today, but for Scott Ortman, an anthropologist at the University of Colorado, more magnificent still was the art they left behind. “The virtuosity and colorings of the paintings on their pottery is really quite beautiful,” says Ortman. “The textile arts were also richly decorated along with finely woven sandals.”

This showed a society that wasn’t simply getting by, but relishing in culture and the arts. The civilization flourished until just before the 14th century. Ortman says that we see marks of the implosion of a successful society likely due to an extended drought that wreaked havoc, causing a war amongst the people. “We see signs of serious social strife that emerged during this period,” says Ortman. “There’s extensive evidence of violence — for example, traces of bodies who have had their skulls smashed in or people with broken arms from trying to block a blow from a tomahawk.”

Situated in the suburbs of Tunis, Tunisia, Carthage is a legendary gem of North African antiquity. The city was home to Hannibal, widely considered to be one of the greatest military commanders that the world has ever seen — said to have brought elephants through the Alps in route to an attack on Rome.

Founded by the Phoenicians in the 9th century B.C., the great city located on the Gulf of Tunis was burnt to the ground during the Punic Wars in 146 B.C. It was later rebuilt by the Romans, but little remains of its early Phoenician roots. In the rebuilt city, huge Roman cisterns and aquifers held water that would be used in elaborate public baths that housed saunas, swimming pools and more than 100 marble rooms, according to Unesco. Later, the Roman city would fall in a similar fashion, destroyed by Arab invaders in the 7th century.

This ancient Mayan city, hidden in the rainforests of Guatemala, was a thriving metropolis between A.D. 200 and 900, until it was eventually abandoned, leaving its mystical ruins behind. The city likely housed a population of 40,000 to 60,000 people at its height in the late Classic period (A.D. 600 - 900). According to Stephen D. Houston, an archaeologist with Brown University, the city was able to support such a large population because of the intensive agriculture in the marshy lands that surrounded it.

Today, researchers like Houston use a new technology called LiDAR to look for structures in the lost city. LiDAR uses pulsed lasers aimed from aircraft above to pinpoint ancient features buried beneath the soil. And the features are a plenty. “Its sprawling palaces show its probable centers of government as well as pyramids dedicated to ancient gods and those that housed the remains of the great kings of the city,” says Houston. Still, around the ninth century A.D., the great city was abandoned. A study published last year in Scientific Reports has pointed to poisonous contamination due to toxic algae found in ancient reservoirs that may have made the city’s water undrinkable.

More From Discover
Mind
Are Rocket Scientists and Brain Surgeons Any Smarter than the Average Person?
Mind
Living With Anticipatory Grief
Health
Cocaine E-Cigarette Could Help People Struggling with Addiction
Planet Earth
Ancient Humans Had Pets, Too
Mind
What the Two Halves of Your Brain (Don’t) Say About You
Mind
How Your Brain Processes Rejection
Recommendations From Our Store
My Science ShopDiscover STEM Kits
My Science ShopDiscover 2022 Calendar
My Science ShopStrange Science
My Science ShopElements Flashcards
Shop Now
Stay Curious
Join
Our List