47. Recovered Wolves Under the Gun

More wolves in Yellowstone provide more opportunities to hunt them. 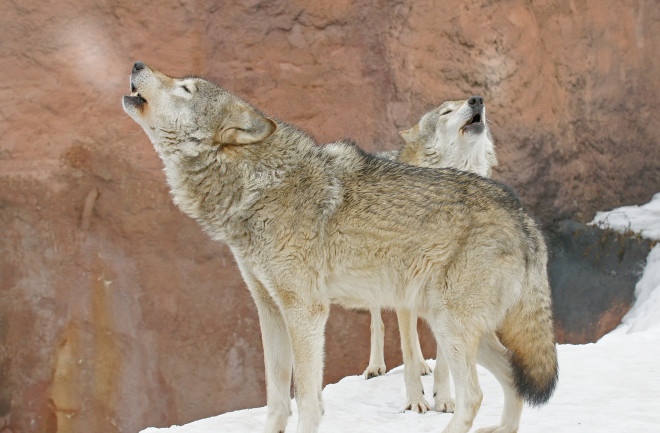 The successful reintroduction of gray wolves to parts of the northern Rocky Mountains has boosted the ecological health of Yellowstone National Park, William Ripple, an ecologist at Oregon State University, reported last January.

The wolves' rebound has also led to expanded opportunities to hunt them, though, raising concerns about how the recovery is being managed. In the fall of 2012, Wyoming issued hunting licenses to kill about 16 percent of its wolf population.

The federal government wiped out Yellowstone’s wolves in the 1920s, and elk soon browsed trees and shrubs down to short, stubby forms. Now that wolves are culling elk, many aspens and willows are taller and fuller, and birds are repopulating them. Beavers expanded from one colony in 1996 to 12 in 2009. In the recovered regions, Ripple says, the restoration of the ecosystem is "spectacular." Spreading those benefits across the northern Rockies would take 17,000 wolves, according to Brad Bergstrom, an ecologist at Valdosta State University. As of late 2011, the area had only about 1,770. Bergstrom contends that the decision to remove the wolves’ federal protections and open the door to hunting comes down to "politics, not science."