#4: Slime Is Turning the Seas Into Dead Zones

Pollution, overfishing, and the rise of microbes spell doom for many bodies of water. 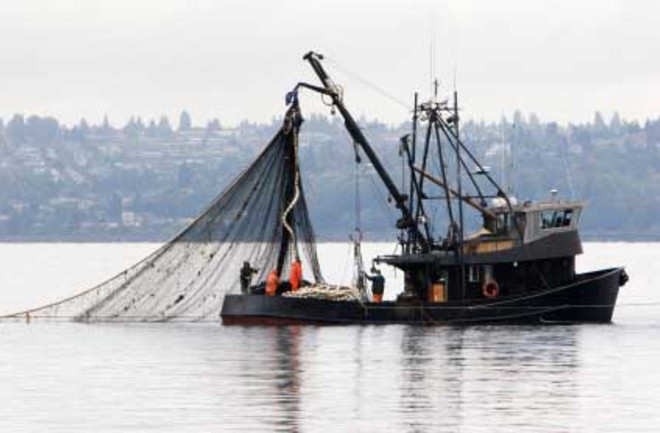 More than half the fish that people hunt in the sea are gone, more than half the corals are gone too, and pollution is strangling vast stretches of seafloor. Writing in Proceedings of the National Academy of Sciences last August, marine ecologist Jeremy Jackson of the Scripps Institution of Oceanography sounded an ominous tone: “Mass extinction of multicellular life will result in profound loss of animal and plant bio­diversity, and microbes will reign supreme.”

In an influential 2001 paper [subscription required], Jackson had already described the ripple effects of overfishing on coastal ecosystems. But overfishing, he now says, is just “part of a much bigger, more upsetting picture.” Pollution of the ocean by runoff from the land and the fouling of the air with carbon dioxide (which is warming the ocean and acidifying it) are accelerating and expanding the threats to the world’s coastal waters.

The Chesapeake Bay is a prominent victim of this devilish synergy. Giant oyster reefs there have long since been harvested, as have the menhaden. Scallop and clam fisheries have also collapsed, in part because the overfishing of sharks has set off a population explosion of rays, which eat mollusks. The mollusks and menhaden were the bay’s filters, cleaning its waters of microscopic plants called phytoplankton. Now fertilizer runoff from fields and lawns and excrement from pig and chicken farms are causing the plants to proliferate. So is the warming of the water.

As excess plant matter sinks to the seafloor, microbes rot it and suck oxygen out of the water in the process. The hypoxia suffocates seafloor animals. In summer, the Chesapeake Bay becomes a “dead zone.” So does the Gulf of Mexico where the Mississippi dumps into it.

Some 400 regions of the world are now afflicted, permanently or occasionally, with dead zones, according to a report published in

[subscription required] in August. When seafloor animals die off, the energy in the ecosystem flows into microbes and jellyfish, a trend Jackson refers to as “the rise of slime.” If we do not alter the way we fish, farm, and generate energy, he predicts, similar dead zones will spread across continental shelves all over the world.

Changing our ways is still possible, though. In the Black Sea, hypoxia ended with the breakup of the Soviet Union and the curtailment of fertilizer subsidies. Overfishing is even more solvable, claims Christopher Costello of the University of California at Santa Barbara. Last September he and his colleagues reported that when governments, instead of merely trying to limit the total catch in a fishery, assign individual fishermen a specific share of it, the fishermen stop racing each other to catch as many fish as possible. “Fisheries managed with ‘catch shares’ don’t just slow the collapse, they prevent it,” Costello says.

Global warming is the most difficult ocean threat to solve. But on a recent expedition to the Line Islands in the Central Pacific, Jackson and his wife, marine biologist Nancy Knowlton, discovered that some coral reefs were resisting the warming trend quite well. “On the islands with no people, not only were there more fish, but there was an incredible abundance of coral,” he reports. The lesson he takes is that “local protection buys us time to solve the climate problem.” We can still save the ocean from being taken over by jelly­fish. “As bad as it is, it’s really not too late,” Jackson says.