When exactly did the dinosaurs depart? 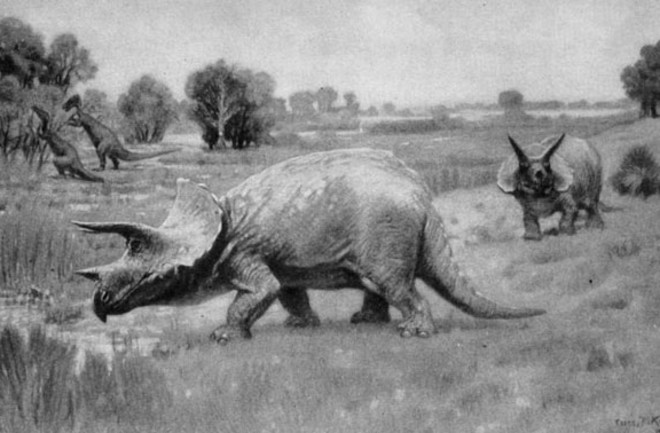 A horn discovered in southeastern Montana may be the remains of one of Earth’s very last dinosaurs. The fossil, which probably came from a rhinolike Triceratops, has rekindled a long-standing debate about how quickly the dinosaurs went extinct.

Yale University paleontologists Tyler Lyson and Stephen Chester found the horn just 5 inches below the K-T boundary, a thin layer of rock that marks the moment when a large asteroid hit the planet 65 million years ago. Until now, no dinosaur fossils have been confirmed in a nine-foot zone below this line (deeper layers of rock represent earlier times). Many scientists take this “fossil gap” as evidence that dinosaurs gradually declined and were already extinct before the asteroid hit. But Lyson, Chester, and others argue that the extinction was sudden and catas- trophic, and the new find supports their view. “The horn clearly documents the presence of some dinosaurs right up to the K-T boundary,” Lyson says. “It’s highly likely that the asteroid wiped them out.”