#30: Magpies Recognize Themselves in the Mirror

The birds pass the test for "rudimentary sense of self." 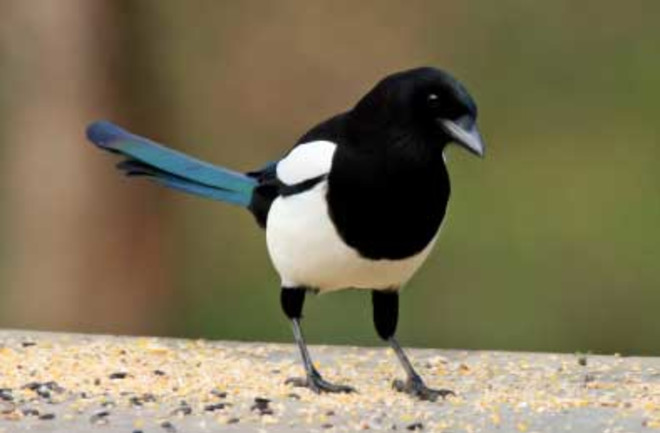 People don’t have a monopoly on the ability to recognize themselves in mirrors. Great apes, bottlenose dolphins, and Asian elephants have also passed the mirror test, showing a capacity for self-recognition that is believed to be a sign of a rudimentary sense of self. In August, in a paper in PLoS Biology, scientists described the first nonmammalian species that can claim membership in this exclusive club: the European magpie, a member of the corvid family, which also includes crows and ravens.

The researchers exposed five magpies to mirrors, and three of them showed at least one instance of using the mirror to guide self-directed behavior. Then the researchers marked a yellow spot on the black feathers of each bird’s neck and watched them again. They noted how often the birds closely examined their reflections, looked in and behind the mirror, or tried to touch their yellow mark. One of the most telling behaviors was that the birds removed the marks by preening their feathers, then stopped preening that spot, apparently feeling restored to their normal selves. The researchers concluded that the birds recognized their new marks, and therefore recognized themselves.

The finding shows that the foundation for self-consciousness could have evolved even in nonmammalian brains. “This new finding is really strong evidence for the multiple evolution of cognitive abilities,” says Helmut Prior, the lead researcher and now a professor of psychology at the University of Düsseldorf in Germany. “I think this will spur some reconsideration of the neurocorrelates of higher cognitive processes.”