It hates liquid, loves vapor and is fire-resistant 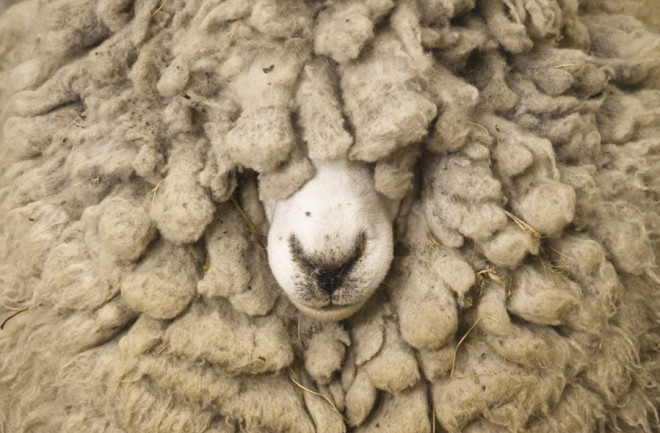 1. Many of us associate wool with sheep, but other mammals — including alpacas, camels and goats — also produce fibers that can be twisted into yarn and then textiles.

2. It’s possible humans started making wool after noticing that, as the fibrous hairs were scraped from the hide of an animal, they twisted together easily into lengths.

3. Wool fibers — made mostly of alpha-keratin, which is found in all mammalian hair as well as horns and claws — stick together easily. The cells of their outer layer, or cuticle, have evolved to overlap like tiny shingles, creating spots for one fiber to catch on another as they are twisted.

4. Clothing and other items made of wool have been found throughout much of the ancient world, from 3,400-year-old Egyptian yarn to fragmentary textiles unearthed in Siberian graves dating from the first century B.C.

5. The process of making wool fabric from fibers was rough going at first — literally. Wild and early domesticated sheep have a bristly overcoat called the kemp and a fine undercoat of wool called the fleece. Over time, animals were selected for more fleece, with finer fibers, and less kemp. The more than 200 domesticated sheep breeds today are mostly kemp-free.

6. Modern wool fibers range from a fine 16 microns in diameter, from merinos, to 40 microns.

7. That itch from your warm winter woolies? Most likely it’s sensitivity to thicker (and coarser) fiber diameter or fiber ends, not a wool allergy, which is practically unknown.

8. Less lush pastures — such as in a drought — can produce finer fibers, with smaller diameters.

9. Wool has been a valuable commodity across cultures and centuries. When Richard I (the Lionhearted) was captured in 1192, Cistercian monks paid their part of the ransom to the Holy Roman emperor in 50,000 sacks of wool (a year’s clip).

Sheep, alpaca and some other animals have scalelike patterns on the outer layer of each hair (above) that allow the fibers to be twisted together to create yarn and, ultimately, textiles valued the world over for their unique properties. Susumu Nishinaga/Science Source

10. Wool has stood in for even more precious fabrics: In 18th-century Norway, when the king forbade the wearing of silk by commoners, farmers opted for imported worsted wool fabric, which had a similar sheen.

11. Besides clothing, wool has quite a few industrial uses, from piano dampers to absorbent pads for those baaaaad oil spills.

12. Out on some Montana roadsides, woolen silt fences and erosion-control blankets are cropping up, according to Rob Ament of the Western Transportation Institute, which adapted the practice from New Zealand colleagues.

13. Wool has the right properties for the job because it’s a lightweight ground covering that allows seedlings to grow right through it.

14. Wool is also biodegradable. It breaks down slowly, fertilizing the plants with a generous nitrogen content of a whopping 17 percent compared with the 6 percent nitrogen in commercial turf products. And it is water-retentive.

15. In a seeming paradox, wool can absorb and repel water simultaneously.

16. The outer surface of wool fiber is made up of fatty acid proteins and does not absorb liquid. However, structural features in the fiber’s interior, called salt linkages, can sop up copious amounts of moisture in vapor form.

18. But wait, there’s more: With a high natural ignition point of about 1,382 degrees Fahrenheit, wool is fire-resistant. And unlike nylon and polyester, wool does not drip or melt when it does catch fire.

19. These qualities recently attracted the interest of the U.S. Army, which is researching wool’s potential in clothing designed to protect combat troops from explosive blasts.

20. We can thank wool for a different kind of explosion — one we actually want. Inside most baseballs, including those used in Major League Baseball, you’ll find layers of tightly wound wool yarn: Each ball contains about 370 yards of the wool windings, which provide resilience to withstand the crushing impact of a batter’s hit off high-velocity pitches.