These organisms have played an important role in how our world was shaped, and they can even record history. 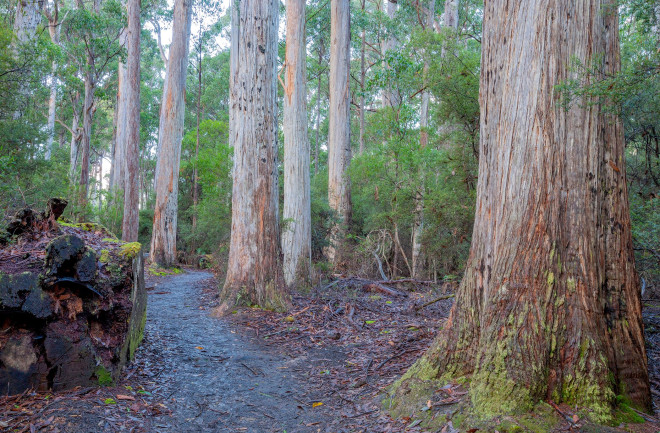 1. I think that I shall never see an organism as vital as a tree. Without these woody, perennial members of the plant kingdom, we might still be squirming around the seafloor

3. Researchers described one such inviting habitat in December in Current Biology: The find, the earliest forest in the fossil record, is roughly 385 million years old. The site included primitive, fernlike cladoxylopsids as well as species once thought to have evolved millions of years later.

4. Some of these more advanced varieties also had extensive root systems spreading out more than 30 feet across, suggesting trees got bigger earlier than previously documented.

5. Today’s biggest of the big are California’s towering redwoods; the tallest is about 380 feet. But don’t sell Australia’s Eucalyptus regnans short. Also known as the mountain ash, one specimen in 1881 measured 374 feet.

6. The calculation, done by a professional surveyor, is considered credible — though they cut the tree down to verify it.

7. The tallest living mountain ash, found in Tasmania, is about 330 feet tall. A 2019 forest fire damaged the mighty tree, known as Centurion, but it survived. More than a dozen other giants on the Australian island were not so lucky.

8. Climate change is fueling extreme fire events, threatening trees of all sizes. At the same time, trees are key assets in the fight to save the planet. American forests, for example, offset up to 20 percent of our annual carbon emissions, according to the U.S. Forest Service.

9. So are more trees the answer to our current crisis? Maybe. In July, a study in Science declared “global tree restoration as our most effective climate change solution to date.”

10. The authors identified an additional 2.2 billion acres of land worldwide — an area about the size of the entire U.S., including Alaska — that could be turned into forest without infringing on current urban or agricultural areas.

11. Other researchers raised concerns about haphazard tree planting, however. For example, depending on the locality, adding more trees could increase fire risk, stretch already-limited water supplies and wreck established ecosystems.

12. Plus, most current reforestation projects focus on creating tree plantations, or mixing crops with trees, rather than allowing a forest to regenerate naturally. Per acre, natural forests store six times more carbon than agroforestry zones and 40 times more than plantations.

13. Trees are important for the planet’s future, but they’re also great historians. Even minor fluctuations in temperature, precipitation and other factors change cell size and density in tree rings as they form, allowing researchers to reconstruct ancient climate patterns.

14. Otherworldly phenomena can also leave a mark. In October, researchers reported a significant radiocarbon increase in growth rings dated to the year 660 B.C. in southeastern Poland.

15. The radioactive isotope spike may reflect a surge in the number of cosmic rays bombarding Earth when the rings formed. While physicists still debate the source of these high-energy particles, they could be remnants of violent cosmic events, such as supernovas.

16. Trees can also record Earth’s violent inner workings. For example, the Pacific Northwest was long considered to be at low to moderate earthquake risk. In the 1980s, however, researchers studying “ghost forests” along its coast came to a disturbing realization.

17. These dead, upright tree trunks, clustered in tidal zones, were similar to ghost forests in Alaska that were created when a massive earthquake caused coastal areas to sink several feet and flood with tree-killing saltwater.

18. Analysis of Washington’s and Oregon’s ghost forests revealed the real danger of the Cascadia Subduction Zone (CSZ), a fault that stretches from Canada’s Vancouver Island to the Northern California coast.

19. Dating the dead trees helped researchers discover that the CSZ produces megathrust earthquakes — the most powerful kind — about every 400 to 600 years. (It’s been 320 years since the last one, which was big enough to send a tsunami to Japan.)

20. Ghost forests aside, many mythologies reference a “Tree of Life.” The concept thrives in modern science, too. Biologists employ cladistics — a method that organizes species on schematic trees — to understand how life diversified over time. That’s right: Trees made us possible, and now help us trace how we happened.