20 Things You Didn't Know About... Spiders

How spider venom can treat erectile dysfunction, dreadlocks can cure arachnophobia, and spider silk can be used as muscles for robots. 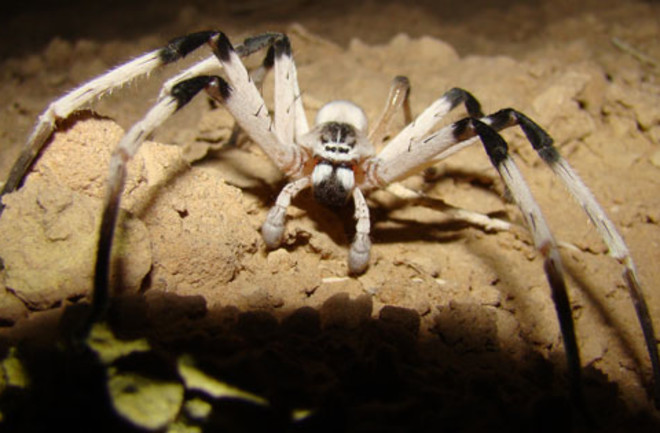 1  The venom of the Australian funnel-web spider can kill a person in less than an hour, and its fangs can bite right through a shoe.

2  But for most people, fear of spiders is a far greater problem than the spiders themselves. Researchers at the University of São Paulo have developed an improbable way to undo arachnophobia by having patients stare at pictures of “spiderlike” objects—a tripod, a carousel, a person with dreadlocks.

3  Quackery? Apparently not. In a 2007 study, the scientists reported a 92 percent success rate.

4  And there is an upside to spider bites. Take the Brazilian wandering spider, Phoneutria nigriventer, whose venom causes painful penile erections that last for many hours (that’s the bad news).

5  The good news: The responsible toxin could yield new treatments for erectile dysfunction.

6  The venom of the South American tarantula Grammostola spatulata might be used to treat atrial fibrillation. It contains a peptide that can calm an irregular heartbeat brought on by stress.

7  Back in Australia, Glenn King at the University of Queensland is studying the Blue Mountains funnel-web spider (Hadronyche versuta) with an eye toward developing eco-friendly pesticides. Proteins in this spider’s venom target the nervous system of insects but leave humans unharmed.

8  First, though, there’s the unpleasant matter of getting the venom. Workers at the Spider Pharm in Yarnell, Arizona, “milk” up to 1,000 spiders a day.

9  The bugs are anesthetized with carbon dioxide, then zapped with electricity, which makes them release venom into minuscule glass capillaries connected to their fangs.

Fewer Skull Bones May Have Restricted The Evolution Of Land Animals